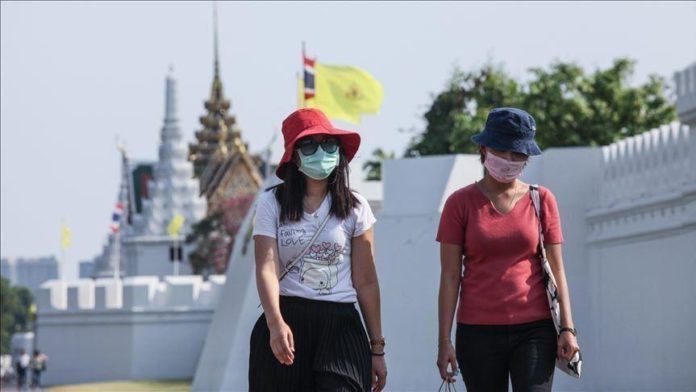 Of the new cases, 1,049 were found in correctional facilities.

In the latest and most severe wave of the virus in Thailand, COVID-19 has infected more than 30,000 inmates because of overcrowded prisons.

Meanwhile, 108 coronavirus-related deaths were reported, taking the tally to 3,610.

The COVID-19 handling in Thailand has come under the spotlight as the daily infection count has been more than 10,000 for the past several days.

Indonesia and the Philippines reported the most infections in the region with 2.9 million and 1.5 million cases, respectively.

Malaysia now has the third-highest caseload in the region with nearly 940,000, while Thailand is fourth with more than 430,000.

Brunei Darussalam is the least affected country with 305 cases, followed by Laos with 3,710.

The highest number of deaths were reported in Indonesia with 76,200, followed by the Philippines at 26,844.

The Association of Southeast Asian Nations (ASEAN) cumulative number of fatalities and recoveries are 120,595 and 5,164,805, respectively.

Meanwhile, the number of active cases in the region stands at 980,076.

Several ASEAN countries such as Indonesia, the Philippines, Malaysia, and Thailand, have warned that the spread of the Delta variant is the trigger for the spike in new cases.

The Indonesian Institute of Sciences (LIPI) noted that the surge in Indonesia is dominated by the Delta variant.

“If you look at the GISAID data, namely the SARS-CoV-2 genome data that has been sequenced and identified over the last three weeks, more than 95% are delta variants and the rest are alpha variants and local Indonesian variants,” LIPI said Sunday.

The Philippines Department of Health revealed Tuesday that there are still eight active Delta variant cases of 35 detected.

Meanwhile, health authorities in Thailand said 63% of more than 3,000 cases they analyzed were confirmed to be the Delta variant.

The number of COVID-19 vaccine doses administered in all ASEAN countries is 130 million.