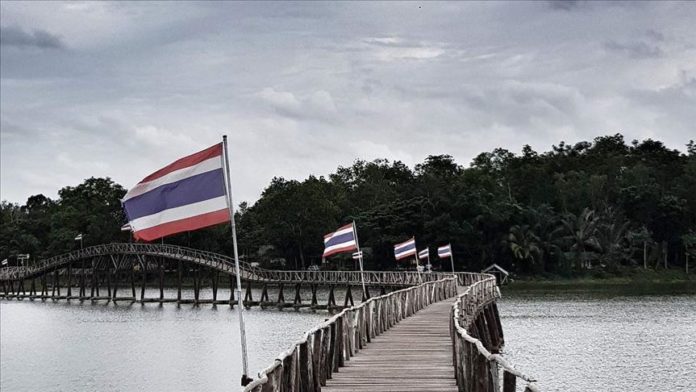 The new Thai government spokesman said his ambition is to facilitate a dialogue with people from different political backgrounds, as the kingdom has been gripped by mass protests since mid-July, local media reported Monday.

A month after being appointed, Anucha Burapachaisri told daily Bangkok Post about how he envisions his role as a spokesman for the Prayut administration, and how he hopes to help it navigate towards a peaceful solution to the current political crisis.

Since mid-July, a coalition of Thai youths, students and political activists has staged a series of anti-government protests.

Initially against the impact of the coronavirus outbreak and lockdown, the protests spread nationwide, demanding to reform the monarchy.

The movement also calls for resignation of Prime Minister Prayuth Chan-o-cha, dissolution of parliament and the freedom to criticize the government.

Opposing the the ongoing demonstrations, the spokesman said retaliation is not an answer.

“We have to listen to opinions, particularly on the issues that many are divided over such as the students’ political requests, economic problems, social problems, national security, government spending, etc,” the daily quoted Anucha as saying.

He went on to say that the government intends to talk and listen to all groups, and settle conflicts through discussion.

“I think if the government and the House of Representatives can do this with us, the current heated political climate will cool down and our economy, which depends on domestic and international investment, can recover,” he added.

Regarding criticism against the government on social media, Anucha urged the citizens to think before they type.

”Do some research before you comment so we can have less anger and bickering online, which are not productive,” he said.

Turkish stocks up 0.66% at weekly close