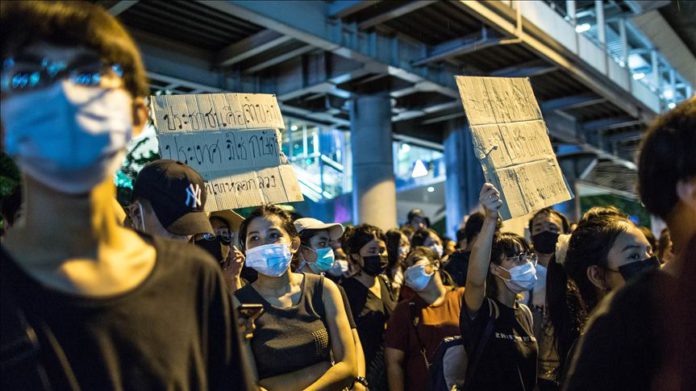 Pressure on Thailand’s government mounted further Monday as lawmakers urged the country’s prime minister to step down and anti-government protests continued to roil the capital.

Meanwhile, protesters planned to submit a petition to the German embassy asking Berlin to investigate whether King Maha Vajiralongkorn had violated German sovereignty while in the country.

“Prayut should step down to show responsibility for issuing a special emergency decree to end their rally outside Government House and the mishandling of the protests against the demonstrators,” the Pheu Thai Party leader told the lawmakers.

He also called for the release of detained protesters as a goodwill gesture.

“The prime minister should be open-minded to protesters’ demands. He must resign,” he added.

Anti-government protests had erupted to demand the immediate release of detained activists and the resignation of the premier.

On the other hand, Paiboon Nititawan, a legislator of the ruling Palang Pracharath Party, defended the prime minister, saying the country needed his leadership to get through an economic crisis and to protect the monarchy.

Protesters planned to gather in downtown Bangkok and march together to the Germany embassy.