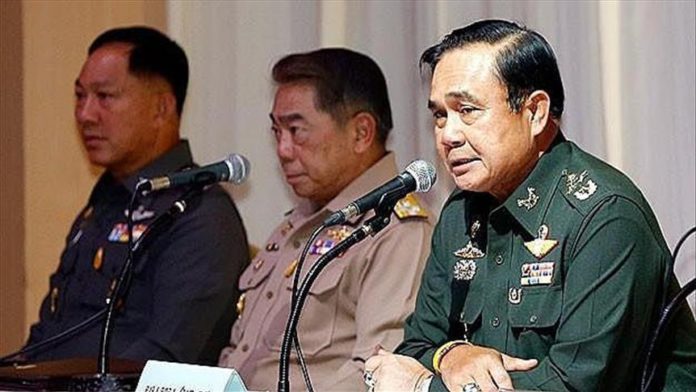 Thailand’s Prime Minister Prayuth Chan-ocha started an official visit to Saudi Arabia on Tuesday, marking the first visit by a Thai official to the kingdom in three decades.

The two-day visit, which comes at an invitation by Saudi Crown Prince Mohammed bin Salman, aims to normalize relations between the two countries.

Diplomatic relations between Saudi Arabia and Thailand were severed in 1989 following a theft case by a Thai janitor working in a royal palace.

The theft case was a robbery of around 90 kilograms of precious jewels, including a rare 50-carat Blue Diamond, which came to be known between the two countries as the Blue Diamond Affair.

The case developed tragically when four Saudi diplomats and a businessman were killed in separate assassination incidents in Thailand while searching for the jewels.

Thai police claimed it resolved the case and returned some of the jewels, but Riyadh said they were fake jewels. Since then, the case was not solved.

New trade pact with Canada, US, Mexico kicks in