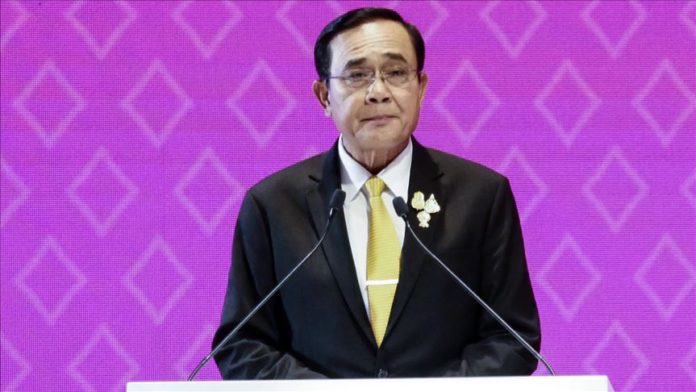 Thai prime minister on Friday rejected calls by pro-democracy protesters to resign and refused to release detained demonstrators as demanded by human rights groups, saying they had broken the law.

“What did I do wrong? I am asking you,” Prayut Chan-o-cha said at a news conference broadcast by local Voice TV.

Thailand declared a state of emergency in Bangkok on Thursday as security forces cleared demonstrators from outside the prime minister’s office.

Prayut said that the Foreign Ministry would explain to diplomats that the state of emergency was imposed in Bangkok to restore stability in the country.

“The government cannot allow lawlessness to continue,” he said, blaming media for keeping eyes only on political conflicts while ignoring other issues.

The former general, however, said he would not force media to report news according to the government’s wishes.

Earlier, police closed Bangkok’s Ratchaprasong Intersection, where tens of thousands of protesters had gathered since Thursday.

“The Prime Minister must immediately cancel the state of emergency declaration as the move violates human rights,” said a joint statement by the opposition parties.

The coalition stressed the government and state administrators have to guarantee the protection of people’s rights and freedom of expression.

“The state must not violate the freedoms, including dissolution of mass rally on October 15 morning,” it said.

The six parties also urged parliament to hold an emergency session to resolve the political crisis in Thailand.

Protesters demanding a democratic change gathered at the Democracy Monument in the capital Bangkok on Wednesday morning as the country has been gripped by protests since July.

The demands include revoking laws against defaming the monarchy, a new constitution, abolishing royal offices, ousting the military-led government and disbanding the king’s royal guards.

Police have arrested 22 demonstrators, including five rally leaders, on charges of violating the emergency decree and organizing the demonstration outside the prime minister’s office, local media reported.