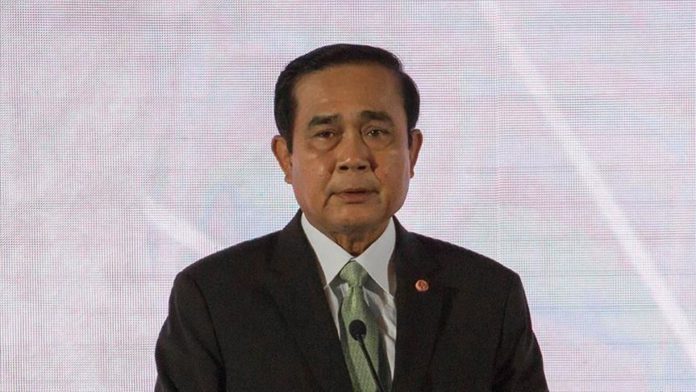 Prayut Chan-o-cha must listen to the wishes of civil groups as a democratic country despite being ruled under a constitutional monarchy, Heru Susetyo of the University of Indonesia’s Faculty of Law told Anadolu Agency on Tuesday.

“As prime minister, Prayut has to accommodate civil society,” said Susetyo, who holds a PhD in Human Rights and Peace Studies from the Mahidol University in Bangkok.

Thailand declared a state of emergency in Bangkok on Thursday as security forces cleared demonstrators outside the prime minister’s office, marking the start of repression on student-led movements.

The decree bans gatherings of five and more people and publication of news or online messages that could be a threat to national security.

Police said 20 demonstrators, including five rally leaders, were arrested on charges of violating the emergency decree and organizing the demonstration outside the Government House, a local media reported.

The demands include revoking laws against defaming the monarchy, a new constitution, abolishing royal offices, ousting the military-led government and disbanding the King’s royal guards.

Susetyo said the demands of the pro-democracy demonstrators in Thailand emphasized two things, the first is to regenerate Thailand to be a more democratic government.

“There was civil disappointment in the last election which they thought was unfair,” he continued.

The second, he said, people want a king who is closer to the people.

“People see distance, looking at how King Maha Vajiralongkorn prefers to stay in Germany while his subjects back home are struggling to fight the coronavirus,” said Susetyo, adding that they also feel distant with the military.

King Vajiralongkorn, who spends much of his time overseas, returned to Thailand this week to carry out his royal duties, including hosting the memorial day of his father, the late King Bhumibol Adulyadej.

Dina said repressive measures were inappropriate to use in dealing with mass unrest.

“Prayut chose declaration of emergency decrees to solve the problems, but that will only add to the conflict,” he told Anadolu Agency.

Dina said the only way prime minister has to go with is a political approach through dialogue with protesters to accommodate their aspirations.

“The parliament has to immediately hold an emergency session to discuss this political crisis,” he added.

Dina said that if the government fails to resolve this political crisis, the protests will spread to other areas, including Chiang Mai, Hat Yai, Songkhla, and others.

Responding to the state of emergency declaration, Amnesty International said in a statement that the ban on gatherings and sharing information could create fear.

Ming said with further public assemblies expected to happen, Amnesty urged the Thai authorities to engage in constructive dialogue with the protesters.

She said the scale of Thursday’s early morning arrests seems completely unjustified based on the previous day’s events where assemblies were overwhelmingly peaceful.

“These moves are clearly designed to stamp out dissent, and sow fear in anyone who sympathizes with the protesters’ views,” said Ming.

Urging immediate and unconditional release of peaceful protesters, she said all those detained must have access to legal counsel.

“These arrests and sudden emergency measures, announced in the middle of the night, are just the latest escalation in Thailand’s current onslaught on freedom of expression and peaceful assembly,” said Ming.

Instead of ruling by decree and mass arrests, she stressed that the Thai authorities must reverse course and comply with their international obligations to respect the rights of anyone who simply wishes to peacefully speak their mind, on social media or in the streets.

Protesters demanding democratic change gathered in Thailand’s Democracy Monument in the capital Bangkok since Wednesday morning as the country has been gripped by protests since July.

Held on the 47th anniversary of the revolution that overthrew the military-backed government, the rally urged for resignation of the prime minister and his government, a new and more democratic law, and reform of monarchy.

'Myanmar regime must be held accountable for genocide'