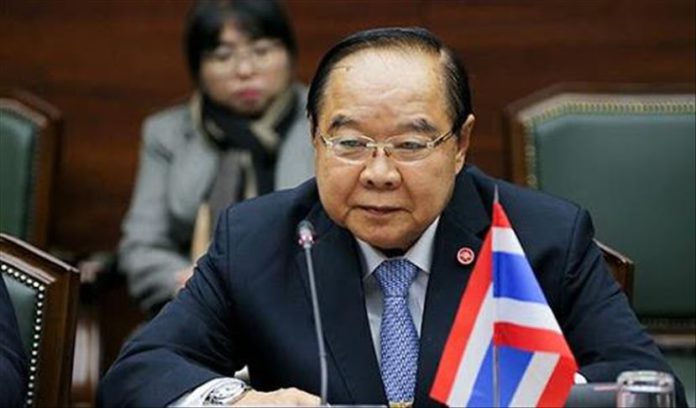 A government source told the Bangkok Post newspaper that Prime Minister Prayut Chan-o-cha has set up a center to keep a close eye on rally-goers.

At least three groups of police officers are being deployed to guard Government House, which comprises offices of the premier and minsters, the source said, adding that security cameras have been installed at key locations.

More than 8,550 crowd control officers will be stationed at the Sanam Luang, an open field where protesters will gather, according to the insider.

Former MP candidate Piyarat Chongthep, who is in charge of security on behalf of the protesters, said at least 40,000 people would attend the demonstration.

Thai youths, students and political activists have staged a series of anti-government protests since July.

Initially against the impact of the coronavirus outbreak and a subsequent lockdown, the protests spread nationwide, demanding to reform the monarchy.

The movement also calls for resignation of the prime minister, dissolution of parliament and the freedom to criticize the government.

Turkey: 1 remanded for 2007 murder of journalist