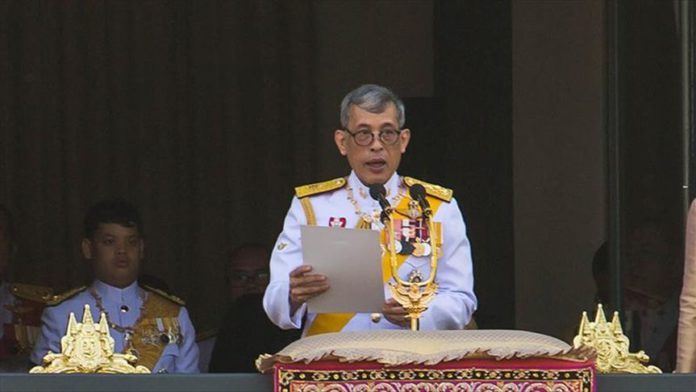 In his first public remarks after months of protests calling for reforming the monarchy, Thailand’s king did not rule out compromise with demonstrators.

Moving through a crowd waiting for him near the Grand Palace in Bangkok late on Sunday, King Maha Vajiralongkorn repeatedly said of the protesters: “We love them all the same.”

“Thailand is the land of compromise,” Vajiralongkorn said when asked whether there is any room for compromise with protesters demanding curbs on his power.

He had arrived back in Thailand recently to mark a Buddhist holiday, as well as the anniversary of the death of his predecessor, King Bhumibol Adulyadej.

His presence coincided with ongoing protests by mostly students and young activists. Though their movement is yet leaderless, their common demand is for the removal of Prime Minister Prayut Chan-o-cha.

Calls for reform of the monarchy have drawn a backlash from royalist groups in the Southeast Asian nation.

“We came here to show our loyalty to the king,” said Bin Bunleurit, a royalist supporter.

He added that the young protesters also called for a clear accounting of the palace’s finances and for the monarch to “stay out” of politics.

“Then, it means overthrowing the monarchy. It is not reform,” Bin told reporters outside the palace.

So far, the protests have remained peaceful. However, a number of students and activists have been arrested and charged.

Parit “Penguin” Chiwarak, one of three leaders of the student movement, pledged on Facebook that they would keep pushing for their goals.

Thailand has been gripped by mass protests for the past three months calling for the resignation of the premier, who is a former army chief.

Protesters have also called for reforms to the monarchy, the dissolution of parliament, and freedom to criticize the government.