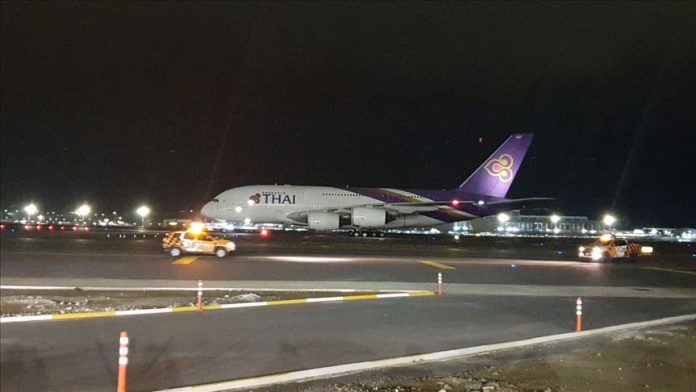 A Thai Airways plane, flying from Bangkok to Frankfurt, made an emergency landing at the Istanbul Airport on Friday after a passenger on board fell ill.

According to information received, the plane was the first Airbus A380 to land at the airport and the airport was the only field with the capacity to host the emergency landing in Istanbul.

During the flight, a 61-year-old German passenger travelling to Frankfurt told the cabin crew that he was unable to feel the left side of his body.

The captain, who contacted the tower when he was in Turkish airspace, asked for

‘Slain S.Korean official was trying to defect to North’