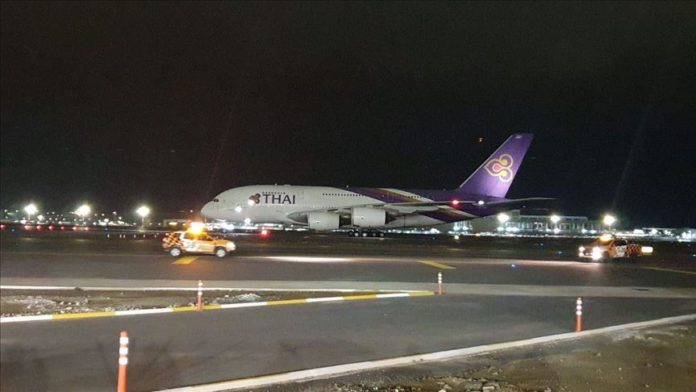 A consumer court in Thailand on Monday allowed the country’s flagship carrier to go ahead with debt restructuring, local media reported.

Hit hard by the COVID-19 pandemic as the global aviation sector faces meltdown, Thai Airways is facing a total of $10.6 billion in liabilities as of June.

According to daily Bangkok Post, Thailand’s Central Bankruptcy Court approved a plea from the airline to proceed with its plan to rehabilitate its debt.

It is the biggest financial challenge the Thai Airways has faced in its 60 years of operations as the tourism-rich country faced lockdown and severe restrictions against the coronavirus spread.

The court ruling will allow the national carrier to begin negotiations with debt-holders on the terms of restructuring the dues.

The company has also defaulted nearly 33% on its loans and bonds.

Thailand’s Finance Ministry owns around 48% of Thai Airways – which is the main mover of local tourism.

Early in July, the “COVID-19 and Tourism” report released by the United Nations Conference on Trade and Development estimated Thailand would lose up to $47 billion due to the pandemic this year.

However, the government has announced stimulus packages, including subsidies, to boost the local tourism aimed at moving the stagnant economy.

A package worth 18 billion baht (around $575 million) has been allotted to fund subsidies for accommodation, food and other services provided at tourist destinations.

Thailand has reported nearly 3,473 COVID-19 cases and 58 deaths since the outbreak.