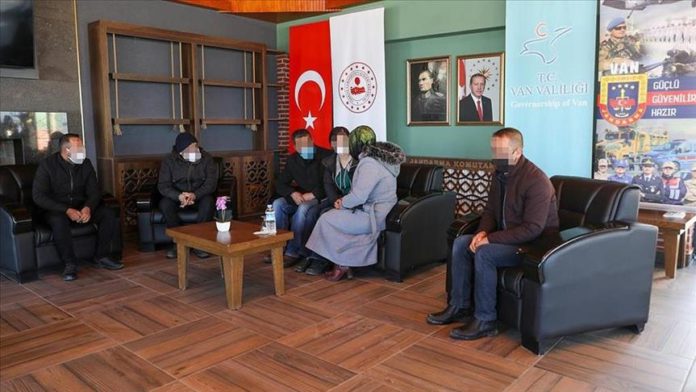 Terrorists are seeking an opportunity to flee the PKK terror group, confessed a female terrorist who recently surrendered to Turkish security forces.

“Many [PKK terror] group members are seeking an opportunity to flee,” the Van Governorate quoted the terrorist, who laid down arms earlier this week as a result of persuasion efforts, as saying.

The terrorist, who met with her sister and relatives at the Gendarmerie Command in the Edremit district of eastern Turkish province, said escaping from the terror group was the most important decision of her life.

Voicing her regret over joining the terrorist ranks, she said: “We were living under very tough conditions. We were having great problems.”

She said that is why the terror group has begun to dissolve.

“Come and surrender,” she called on the terror group members.

The number of terrorists who surrendered this year through persuasion efforts carried out by the police and gendarmerie forces reached 243, according to the Interior Ministry.

'Ferhat Abdi Sahin as much of terrorist as Baghdadi'