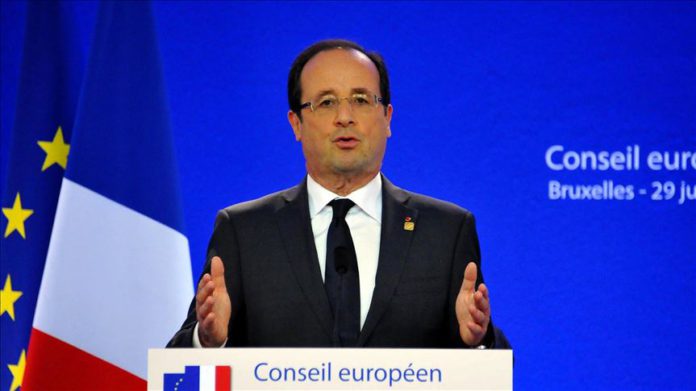 The terrorists must not be confused with Muslims, former French President Francois Hollande warned Friday.

“These Islamist terrorists want there to be a war between religions,” Hollande said while reacting to the deadly knife attack in Nice city, which left three people dead.

“Do not confuse these terrorists with Muslims. It would be the fault that will plunge us into a conflict that we do not want to touch,” the ex-president said on the morning edition of LCI television.

Hollande was referring to a string of attacks which took place on Thursday in the French cities of Nice, Avignon and Lyon, and the French Consulate of Jeddah, Saudi Arabia.

The Nice attack was carried out by Brahim Aouissaoui, a Tunisian born man who fatally stabbed two women and one man at the Basilica of Notre Dame de l’Assumption in Nice. One of the women was beheaded. Police arrested Aouissaoui that morning; he remains in hospital with gunshot wounds.

Anti-terrorism prosecutor Jean-Francois Ricard told Le Monde after the attack that Aouissaoui was in possession of the murder weapon — a knife with a 17 cm blade — alongside two other knives found in a bag inside the basilica.

Aouissaoui, 21, is said to have landed on the Italian island of Lampedusa on Sept. 20 before arriving on the Italian mainland in Bari on Oct. 9, and then crossing the border into France. Documentation from France’s Red Cross helped to reveal facts about the suspect’s movements, since he was unknown to law enforcement before Thursday.

A second man was arrested Thursday evening in connection with the attack. The 47-year-old, now in police custody, is said to have interacted with Aouissaoui on Wednesday ahead of the attacks.

“These people [were] targeted for the sole reason that they were present in this church at that moment,” Ricard said, at a news conference on Thursday.

Interior Minister Gerard Darmanin announced Friday afternoon the addition of 3,500 reservist security forces and 3,500 additional police in the country to fight the rise in violent crime.

At least 120 additional police officers will be deployed in Nice for security.