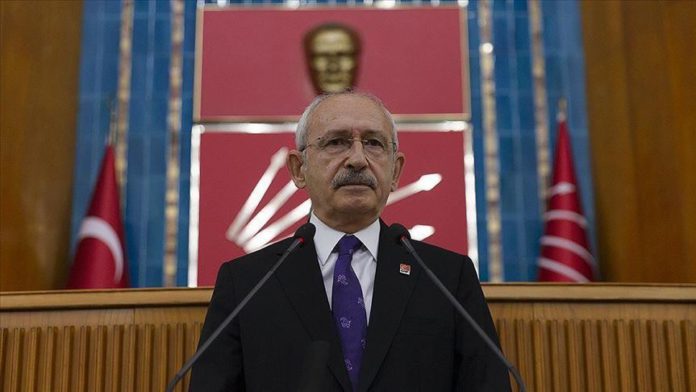 Turkey’s main opposition leader on Tuesday called for a common stance against terrorists.

“Terrorists have no party, identity and belief. The main objective of terrorists is to destroy human beings. For this reason, we must all object to terror attacks where ever they happen,” Kemal Kilicdaroglu, the leader of Republican People’s Party, told his party’s parliamentary group.

His remarks came after Turkish security forces on Monday eliminated two members of the PKK terrorist organization in an anti-terror operation in Hatay province.

Kilicdaroglu also wished speedy recovery for the security personnel wounded during the operation.

Police squads were chasing two PKK terrorists in Iskenderun district in Hatay when one of the terrorists detonated himself while the other was killed by forces.

Later in the day, Turkish Interior Minister Suleyman Soylu issued a statement saying the two terrorists had been neutralized by security forces.

Mt. Amanos — also called Mt. Nur — is known to be used as a hideout by the YPG/PKK terror group.

In its more than 30-year terror campaign against Turkey, the PKK — listed as a terrorist organization by Turkey, the US and the EU — has been responsible for the deaths of nearly 40,000 people, including women, children and infants. The YPG is the PKK’s branch in Syria, just across Turkey’s southern border.

US urges Taliban to take peace talks as seriously as military...