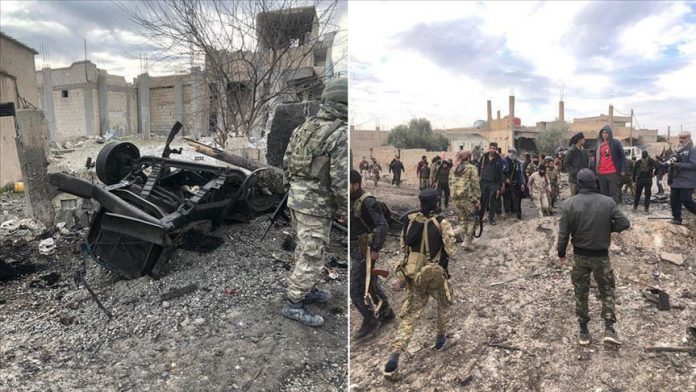 The ministry said on Twitter that at least eight civilians, including one woman and child, were killed and dozens wounded in a car bomb attack in the town of Suluk, southeast of Tal Abyad, which was liberated on Oct. 13 from YPG/PKK terrorists in Turkey’s Operation Peace Spring.

The YPG/PKK terror group is targeting settlement areas under control of the Syrian National Army (SNA), which fought alongside the Turkish forces in Turkish-led