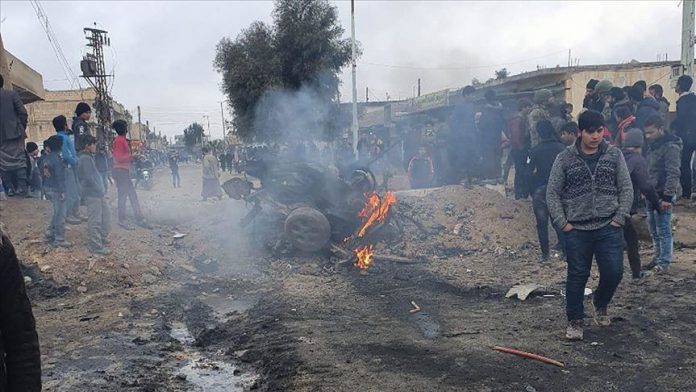 The ministry said on Twitter that YPG/PKK terrorists had targeted the town of Tal Abyad but a Turkish military checkpoint blocked them from entering the town, and it exploded on the outskirts.

The terrorist suspected of being responsible for the attack was arrested.

The YPG/PKK terror group is targeting settlement areas under control of the Syrian National Army (SNA), which fought alongside the Turkish forces in Turkish-led anti-terror operations in northern Syria.