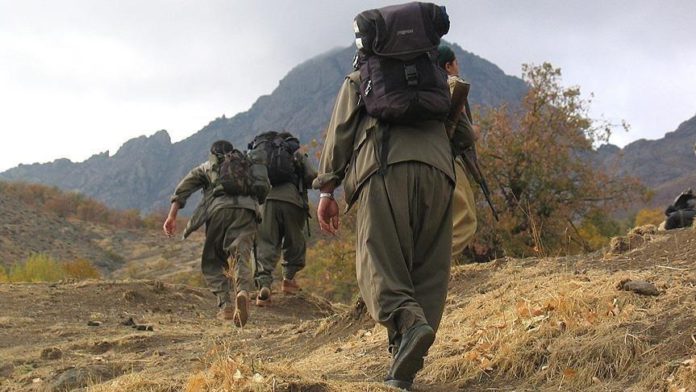 The terror group PKK claimed responsibility for 1,262 acts – including arson and armed attacks – in 2020, but over 800 of these never actually happened, Turkey’s Interior Ministry said Monday.

The ministry said in a written statement that using its supporting groups, the PKK claimed responsibility for activities that did not take place as the group has suffered from Turkey’s anti-terror operations and declining recruitment.

In a bid to survive, the separatist terror group claimed to have set 632 buildings and forests on fire, including houses, factories, shops, warehouses, and malls.

It also claimed responsibility for 487 acts of terror, including the burning of transportation and construction vehicles and the hanging of illegal banners and slogans, the ministry said. The terror group also falsely claimed that it carried out 143 attacks on security forces over the year.

A check of the data by Turkish security forces found that 829 of these acts claimed by the PKK had not actually occurred and that the group had no relation with 403 others.

The terror group and its supporters were responsible for only 25 of them while being linked to five others.

Some 17 suspected PKK terrorists thought to be involved in attacks were remanded in custody after 47 suspects were arrested, added the ministry.