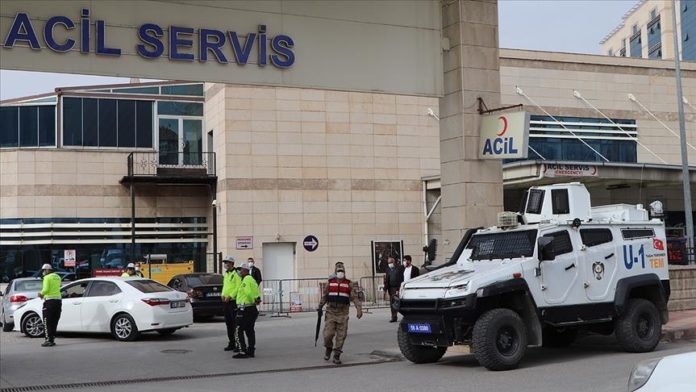 A Turkish soldier was martyred in a clash with PKK terrorists in the southeastern Siirt province, the country’s National Defense Ministry announced on Friday.

The ministry said on Twitter that Erkan Erdem, a gendarmerie specialist sergeant, was martyred during an armed conflict with a group of terrorists in the countryside of the Eruh district as part of a domestic counter-terrorism Operation Eren-6.

The statement also wished Allah’s mercy on the martyr, and forbearance to his family and relatives, and conveyed condolences to the whole nation.

Turkey launched Operations Kapan and Yildirim in 2020 with the aim of wiping out the terrorist PKK and ridding the region of terrorists.

Vice President Fuat Oktay on Twitter shared a message of condolence over Erdem’s martyrdom and wished Allah’s mercy for the soldier.

On social media, Turkey’s Communications Director Fahrettin Altun conveyed his condolences over the demise of the “heroic soldier.”

“With the support and prayers of our nation, our fight against terrorist groups will continue with determination,” he said.

Ibrahim Kalin, the presidential spokesman, wrote on Twitter: “The blood of our martyrs will not stay on the ground.”