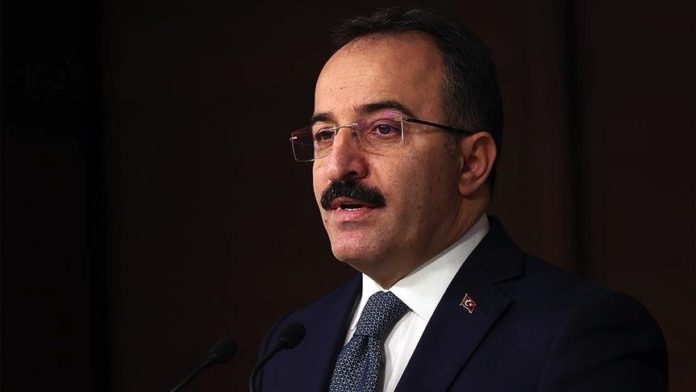 Pounded by the Turkish military, the terrorist PKK is hemorrhaging record numbers of members, and has great difficulty recruiting new ones, a Turkish government official said on Tuesday.

The number of terrorists within the group in Turkey fell below 320, he added.

Last year, Turkey carried out a total of 11,902 counter-terrorism operations in rural areas and 18,468 in provincial areas, he said.

In these operations, Turkish security forces neutralized a total of 104 senior PKK terrorists, he said.

The total number of PKK terrorists neutralized is 865, while 292 Daesh/ISIS terrorists were neutralized, and 36 members of far-left terrorist groups, he added.

Among the ammunition, 468 improvised explosive devices and mines and 791 hand grenades were destroyed by security forces.

Catakli stated that Turkey’s operations under the Kapan umbrella were completed in nine different regions between Jan. 8 and July 12, 2020, and its Yildirim operations, which started on July 13 in 17 regions, still continue.

Stemming the PKK’s ability to profit from the illegal drug trade, Turkish security forces seized 38 million cannabis roots and 16.2 tons of marijuana as part of the Yildirim operations alone.

Stating that the Turkish Armed Forces are determined to make this winter one the PKK will never forget, Catakli said that 7,424 operations were planned for 286 shelter areas for the autumn/winter period of Oct. 1, 2020 – April 15, 2021, and nearly 6,000 of these operations were already done so far.