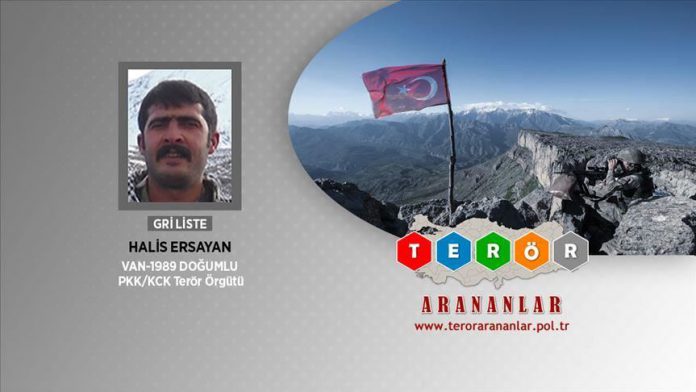 A PKK terrorist, previously neutralized in eastern Turkey, was revealed to be in the country’s wanted list, the Interior Ministry said on Friday.

The terrorist was among 15 neutralized in an air-backed operation of local gendarmerie in the eastern Agri province between Nov. 7-9, according to a statement by the ministry.

The terrorist was later identified as Halis Ersayan — codenamed Delil Serhat — who was on the wanted list of the Turkish government.