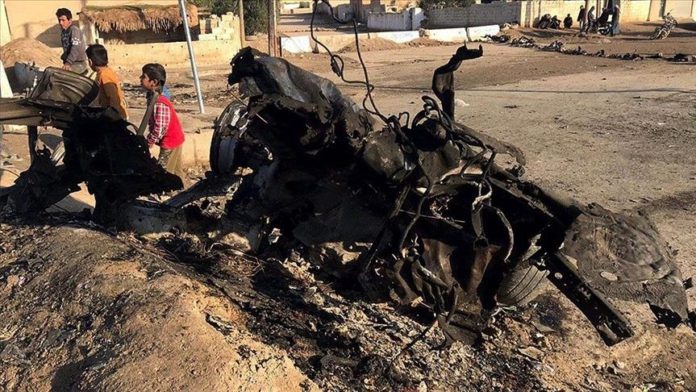 Two children were killed Monday in a terrorist attack in northern Syria, according to security sources.

Several civilians, including a 14-year-old child, were injured in the bomb attack in a village near Tal Abyad province.