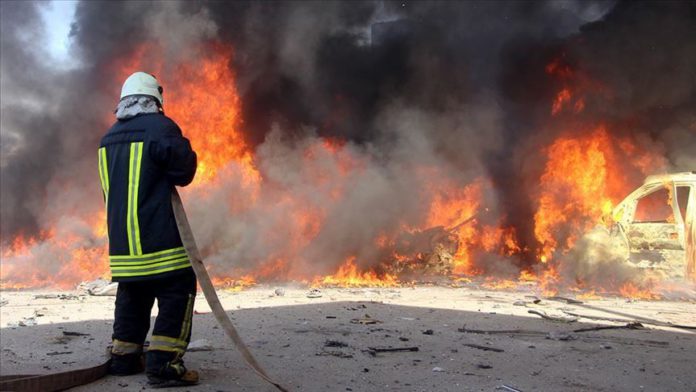 One person has been injured in a terrorist attack in Azaz district in northern Syria, security sources said late Sunday.

A vehicle belonging to the Syrian National Army (SNA) was bombed, said the sources, who asked not to be named due to security concerns.

No one has claimed responsibility for the attack, but officials in the region think it was carried out by the YPG/PKK terrorist group.

The terrorist organization, which continues to attack Syria’s Tal Rifaat and Manbij regions, often targets the cities of Jarabulus, Azaz and Afrin.

Since 2016, Turkey has launched a trio of successful anti-terrorist operations across its border in northern Syria to prevent the formation of a terror corridor and to enable the peaceful settlement of locals: Euphrates Shield (2016), Olive Branch (2018) and Peace Spring (2019).