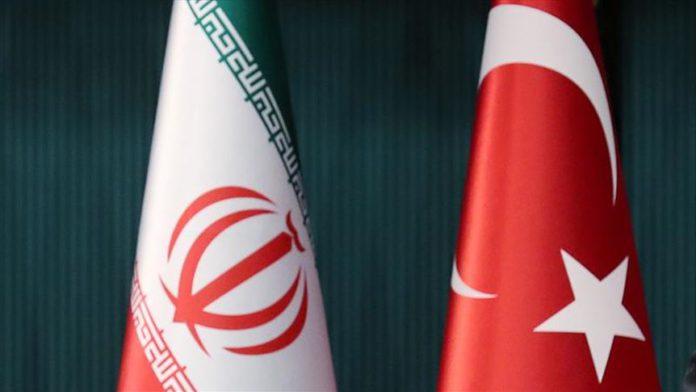 Reiterating commitment to carry out joint operations against terror groups along the Iran-Turkey border, Iran on Friday said it will not allow the terror groups to sabotage Tehran-Ankara relations.

The two sides, reviewing latest developments in the region, reaffirmed their commitment to strengthen security along the joint borders.

In his remarks, the Iranian minister said the cooperation between Tehran and Ankara is aimed at thwarting the plots of terror groups to endanger security of the two countries.

Ince, on his part, appreciated Iran’s participation in joint military operations against the terrorist groups, and expressed confidence that the attempts made to disrupt relations between Tehran and Ankara would be foiled, it said.

Iran and Turkey, as two friendly neighbors, share 500 kilometers (310 miles) border area, most of which passes through mountainous areas that are considered volatile.

Earlier this month, at the 6th Turkey-Iran High-Level Cooperation Council meeting, chaired by Turkey’s President Recep Tayyip Erdogan and Iran’s President Hassan Rouhani, the two sides agreed to carry out “joint operations” against PKK and its Iranian off-shoot PJAK, beside other groups.

The two sides discussed threats posed by these terror groups to the security of the two countries and emphasized importance of utilizing existing cooperation mechanisms against them.

The joint statement was significant as it was the first time Iran officially announced its coordination with Turkey in fighting the terror groups.

Meanwhile, the two ministers also discussed bilateral relations between Tehran and Ankara and agreed that the direct flights must resume, facilitating travel of traders from the two sides.

In a related development, Iran’s envoy to Turkey Mohammad Farazmand met Turkey’s Minister for Transport and Infrastructure Adil Karaismailoglu on Friday to discuss cooperation in transportation.

During the meeting, the two officials also discussed the resumption of business flights in near future with full adherence to COVID-19 protocols.