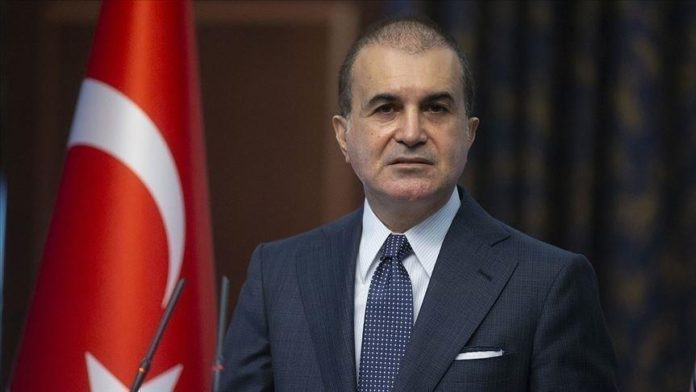 The ringleaders of the Fetullah Terrorist Organization (FETO) – the group behind the 2016 coup in Turkey – are as much a threat to humanity as to Turkey, said the country’s ruling party spokesman on Thursday.

“The FETO managers are enemy of humanity and enemy of Turkey, just like the [terrorist] PKK,” Justice and Development (AK) Party spokesman Omer Celik said on Twitter, referring to a group behind some 40,000 deaths over the last 35 years.

“Their attacks against our President [Recep Tayyip Erdogan] are because they are hostile to our nation.”

Celik’s remarks were in response to a defamatory FETO ad campaign against Turkey recently taken down from New York City’s Times Square after a backlash from the Turkish community.

“This traitorous network [FETO] added a new page to its betrayals by targeting our president with false ads in New York called ‘Stop Erdogan’,” Celik said.

Stressing that the group cannot stop Turkey or its president, whom it sees as the biggest obstacle to its treasonous plans, he said the Turkish nation supports its president.

Under Erdogan, “the fight against this terror and betrayal network will continue until the end,” he said.

FETO and its US-based leader Fetullah Gulen orchestrated the defeated coup of July 15, 2016 in which 251 people were martyred and 2,734 injured.

Ankara also accuses FETO of being behind a long-running campaign to overthrow the state through the infiltration of Turkish institutions, including the military, police, and judiciary.