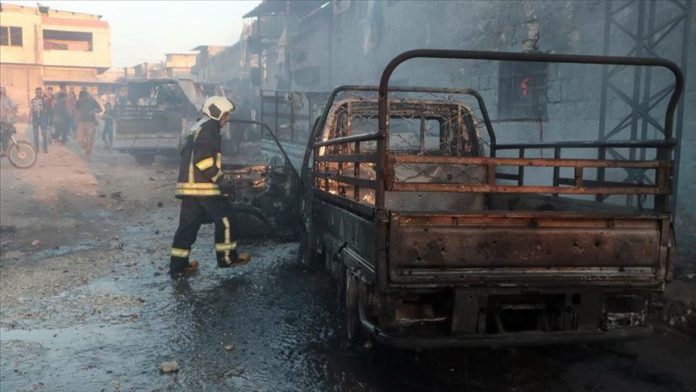 Three people were killed and 32 injured in a terror blast in northwestern Syria on Monday, according to sources on the ground.

An explosives-laden small truck went up in the opposition-held city of Afrin, Anadolu Agency learned.

Afrin was largely cleared of YPG/PKK terrorists by Turkey in 2018 through its anti-terror offensive, Operation Olive Branch.

YPG/PKK terrorists continue to carry out attacks but do not claim responsibility as they end up harming civilians, according to local security sources.

In its more than 30-year terror campaign against Turkey, the PKK — listed as a terrorist organization by Turkey, the US and the European Union — has been responsible for the deaths of nearly 40,000 people, including women, children, and infants. The YPG is the PKK’s Syrian branch.