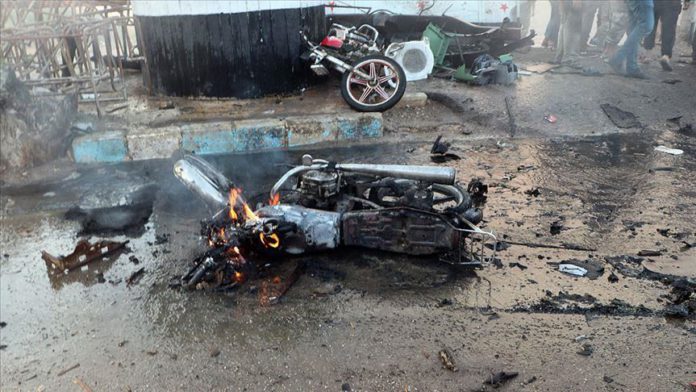 At least two people were killed in a terror blast in northwestern Syria on Monday, according to local sources.

An explosives-laden motorcycle blew up in the opposition-held city of Afrin, leaving 10 others injured, Anadolu Agency learned from sources on the ground.

Though no group has claimed responsibility for the attack, it is likely the work of YPG/PKK terrorists.

Afrin was largely cleared of YPG/PKK terrorists by Turkey in 2018 through its anti-terror offensive Operation Olive Branch, but they still work to carry out attacks.

YPG/PKK terrorists continue to carry out attacks but do not claim responsibility, as they end up harming civilians, according to local security sources.