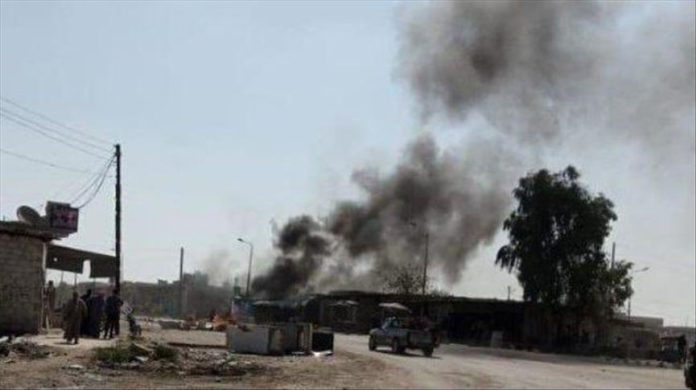 The PKK/YPG terror group killed at least two civilians, including a child, and wounded 12 others in a car bomb attack in northern Syria, Turkey’s Ministry of National Defense said on Thursday.

“In the Peace Spring region, YPG/PKK terrorists detonated a bomb-laden car in the town of Tal Halaf in Ras al-ayn and killed two civilians including a child,” the ministry said on Twitter.

It added that two wounded civilians were referred to the Ceylanpinar State Hospital in Turkey’s southeastern Sanliurfa Province.