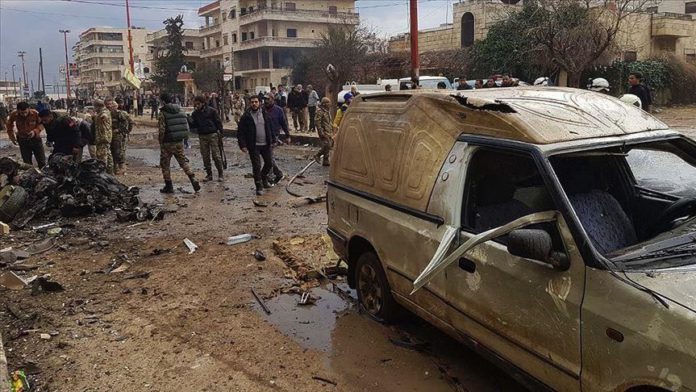 At least 13 people, including children, were injured in a terror attack in Afrin, northwestern Syria on Sunday.

The bomb was placed in a Syrian National Army vehicle that exploded in the Afrin district center, according to a security source who asked not to be named due to restrictions on speaking to the media.

Afrin was cleared of terrorists by Turkey following its anti-terror offensive, Operation Olive Branch, in 2018.

The YPG/PKK terrorists carry out such attacks but do not claim responsibility as they end up harming civilians, the source added.

A police officer was killed and two civilians injured in a similar roadside bombing in the city on July 3.

The YPG is PKK’s branch in Syria, which has been mired in a civil war since early 2011.