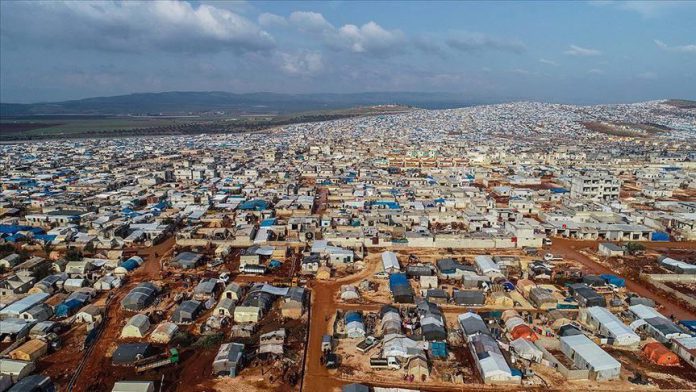 Overcrowded population of tent cities in Atme town and Kah village, located in Idlib city of northwestern Syria, continues to surge due to the recent influx of migration.

Thousands of Syrians have been forced to flee their homes and take shelter in the tent cities since the Bashar al-Assad regime and its ally Russia launched attacks in November 2019.

Most of those looking for new settlements set their tents near local villages and camps in the hope of benefiting from easy transportation, water sources and humanitarian aid.

As for those unable to obtain tents, they have no option