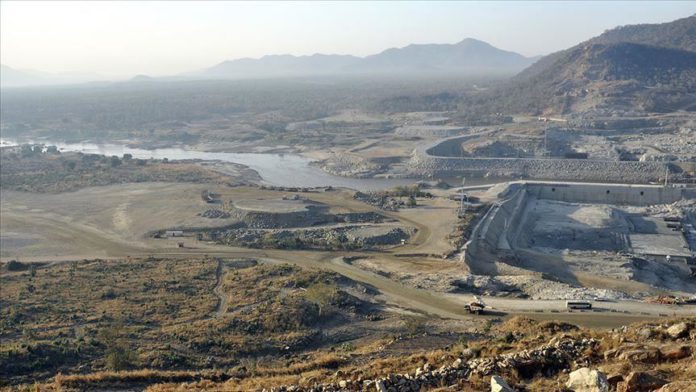 Tension is mounting between Egypt and Ethiopia over their failure so far to reach agreement on a mechanism to fill and operate the Grand Ethiopia Renaissance Dam, or GERD.

Egypt opposes the $5 billion hydropower project that Ethiopia began in 2011 on the Blue Nile, a tributary of the Nile River, near the border with Sudan.

Ethiopia has said it will start filling the dam in July, while Egypt and Sudan are opposed to the move before a tripartite agreement is reached.

The three countries failed to reach an understanding earlier this week.

“The Grand Renaissance Dam is a major challenge for Egypt as it depends on the Nile waters for their livelihood, agriculture, and transportation, and interrupting the Nile will cause several other problems,” Ahmet Uysal, head of the Middle East Strategic Studies Center (ORSAM) based in the Turkish capital Ankara, told Anadolu Agency.

Egypt fears the dam will affect its annual share of the Nile’s water, totaling 55.5 billion cubic meters. And with the failure so far to reach an agreement, Cairo complained on May 1 to the UN Security Council after Addis Ababa announced its plan to begin the first phase of filling the dam.

Filling the dam will impact “Egypt’s economic and social life and in the end, political life,” Uysal said.

Whether an agreement is reached between the two countries, “Ethiopia seems very determined to fill the dam as they spent a lot of money to build it,” according to the Turkish academic.

Although Ethiopia has wanted the project for decades, construction only began 2011.

At the time, Egypt was undergoing drastic changes due to a popular uprising resulting in the resignation of President Hosni Mubarak after 30 years in power.

Even today, “Ethiopia is in a stronger position than 10 years ago,” Uysal said.

He attributed Ethiopia’s strength today to events in Egypt. “After the military coup in Egypt, it became weaker and less relevant on the international stage, so Ethiopia is more comfortable than before.”

And although al-Sisi spent most of his life in the military, Egypt lacks “a mechanism of military pressure on Ethiopia,” he said.

He ruled out the possibility that Egypt would resort to military action against Ethiopia, although Cairo considers the establishment of a dam on Nile waters a casus belli.

Politically, “Egypt now does not have this leverage on the diplomatic front, as Ethiopia has more allies today such as China and maybe some Gulf Arab countries. Even the US isn’t putting enough pressure on Ethiopia,” he said.

“So Egypt is also weak on the political front.”

“Egypt today doesn’t have leverage on Ethiopia to stop it or force it to agree on in terms of filling the dam,” he said.

“At the end of this month, Ethiopia might consider filling the dam with an agreement or without,” Uysal added.

Ethiopia announced Wednesday that it had already started filling the dam but later, saying it had been misunderstood.

The news prompted Egypt and Sudan – another nation that would be affected by the dam – to ask for clarification.

“I think Ethiopia was testing Egypt’s nerves, and when there was a big reaction, they denied it,” Uysal said.

The dam issue is “a matter of life or death for the Egyptian president and the prime minister of Ethiopia,” Mostafa told Anadolu Agency.

“Therefore, his silence on Ethiopia filling the dam without reaching an agreement means risking his political future.”

“In return, Ethiopian Prime Minister Abiy Ahmed’s political future depends on the investments and promises of jobs and development to the people after the completion of the Renaissance Dam project,” he said.

Mostafa said reports Egypt may resort to military force were an attempt to draw international attention to its cause, but at the official level Egypt is still pressing for a diplomatic solution.

“From al-Sisi’s approach over eight years, he’s not inclined to military options with other countries, so he will seek diplomatic escalation in the hope that the Ethiopian side will make concessions,” he said.

Mostafa said Egypt’s best hope is to make Ethiopia agree to compensate for Egypt’s water loses in case of a shortage or drought.

“It seems that a solution will be to return to the African [Union] reference, and for both parties to make greater concessions,” he added.