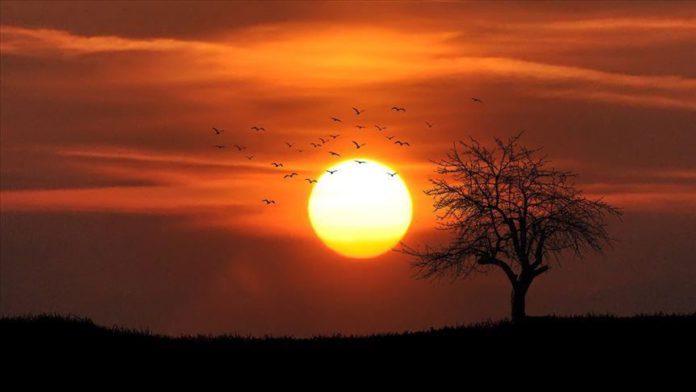 July was the hottest month on record for the Northern Hemisphere and the Arctic sea ice was the lowest on record, the World Meteorological Organization (WMO) said Tuesday

“The weather station at Furnace Creek in Death Valley, California reported a temperature of 54.4C, which is 130F, on Sunday 16 August,” said Nullis.

Although the full verification process for the record will likely take many months, she said the UN agency’s weather and climate extremes rapporteur Randall Cerveny had said “all the indications so far are that this is a legitimate observation.”

Europe’s scorching conditions have coincided with a heatwave on the US West Coast.

The US National Weather Service has issued numerous heat warnings indicating that the intense and extreme heat will continue this week.

“The National Weather Service in Las Vegas, which covers the Death Valley area, tweeted ‘we are in the midst of a long-duration extreme heat event. Another run at 130 F-plus temperatures in Death Valley remains possible,’” said Nullis.

Meanwhile, Siberia has experienced a prolonged heatwave, with a recorded temperature of 38C (100.4F) on June 20 in the Russian town of Verkhoyansk, said Nullis.

The WMO is now examining this reading, which, if verified, would be the highest temperature ever recorded in the Arctic Circle.

According to the WMO’s Weather and Climate Extremes archive, the hottest temperature recorded was in Furnace Creek, Death Valley, California at 56.7C in July 1913. The highest temperature for the Eastern Hemisphere was set in July 1931 in Kebili, Tunisia at 55.0C.

'Would give all of this back' if George Floyd was alive