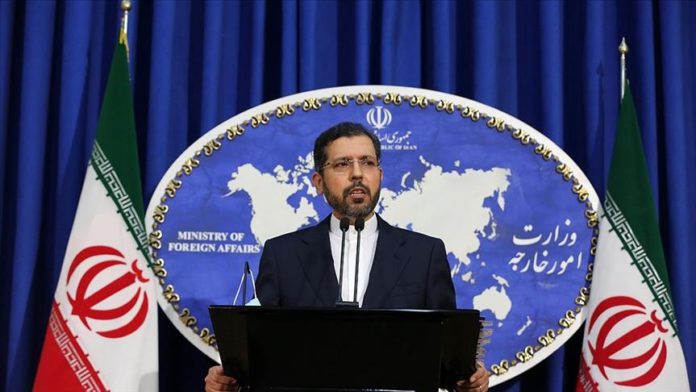 Saeed Khatibzadeh, a spokesman for the Iranian Foreign Ministry, said the current US administration of Joe Biden “was following the approach of former Donald Trump administration.”

“Certainly what the United States is doing is disrupting security in the region, and one of the victims of this disruption will be the United States,” Khatibzadeh told a press conference in Tehran. “The US should correct its path and stop creating crises and troubles for the peoples of the region.”

Four members of the Kataib Sayyid al-Shuhada, a faction of the Hashd al-Shaabi militia, were killed in US airstrikes in the Iraqi-Syrian border region on Sunday.

The US attacks drew fire from the Iraqi government, which decried it as a violation of Iraq’s sovereignty.

“We condemn and reject the US attacks on the Iraq-Syria border last night. This is a blatant, unacceptable violation of Iraq’s sovereignty and national security under all international agreements,” Yahya Rasul, the military spokesperson of Iraqi Prime Minister Mustafa al-Kadhimi, said in a statement.

Oil prices gain as US, China close on trade deal