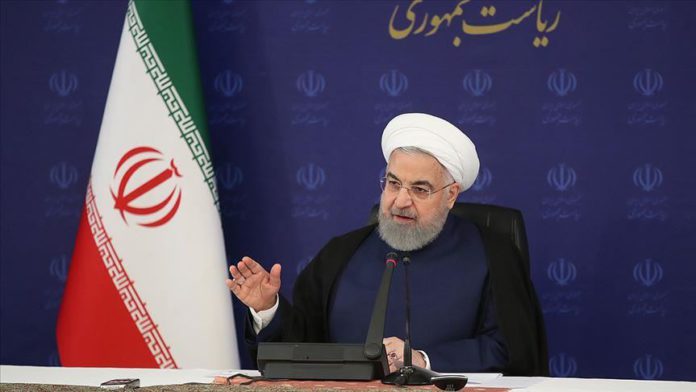 A proposed 25-year cooperation deal between Iran and China has raised controversy within and outside Iran, even before the potential pact is finalized.

While critics of the Hassan Rouhani-led government describing the move as a “secretive” agreement, Rouhani and his cabinet colleagues have strongly come out in its defense.

According to sources, the “comprehensive” $400 billion agreement has been on the drawing board since January 2016, when Chinese President Xi Jinping became the first world leader to visit Iran following the signing of the nuclear deal (JCPOA) between Tehran and the five permanent members of the UN Security Council plus Germany.

During the historic visit, the two countries signed a total of 17 cooperation agreements in the areas of energy, trade, industry and commerce.

As a follow up to the 2016 deal, both Tehran and Beijing had been hammering out the details of a long-term agreement, now seemingly coming to fruition after four years.

Tehran on June 21 reportedly gave its approval to the draft of the pact, with Foreign Minister Javad Zarif subsequently entering into final talks with China.

Government spokesman Ali Rabiei confirmed this on June 23, saying the deal was based on a “win-win approach” that he said “heralds long-term cooperation.”

While Rabiei stopped short of divulging details, he said “recognizing cultural commonalities, encouraging multilateralism, supporting equal rights of the nations and insisting on domestic development” were part of the proposed treaty.

Over the past few weeks, the agreement has generated interest and anxiety in different political circles in Iran, as well as outside the country.

Among those who have publicly opposed the deal is former President Mahmoud Ahmedinejad. A staunch opponent of the Rouhani government, Ahmedinejad has accused its negotiators of secrecy.

The pact has generated an online debate as well, led by, the US-based son of the former Iranian monarch, Reza Pahlavi.

Denouncing the “despicable 25-year agreement” Pahlavi said the deal would lead to the “plunder of Iran’s natural resources and accepting a foreign army.”

Some Farsi-language media outlets in Iran have also been wary of the deal, which has yet to be tabled in parliament.

Iran’s government, however, has strongly defended it. In a statement late on Tuesday, Foreign Ministry spokesman Abbas Mousavi said it was a follow up to the 2016 agreement and expressed their “political determination to promote and deepen the strategic relations.”

He added that the preliminary draft was still in the “negotiation stage” and would be submitted to the parliament after finalization.

Mousavi has further rejected as “nonsense” rumors that the deal included the transfer of some Iranian islands in the Persian Gulf region to China for military exercises.

In an open session of Iran’s parliament on Sunday, Foreign Minister Javad Zarif also defended the deal, saying Tehran was negotiating with “confidence and conviction” and had “nothing to hide” on the agreement.

Zarif was, however, confronted by irate lawmakers during the stormy session over Iran’s foreign deals, including the 2015 Iran nuclear deal with the West.

Rouhani has said that the agreement would pave the way for the two countries to participate in “basic projects and development of infrastructure,” including the ambitious Belt and Road initiative, his office said in a statement on June 23.

There is no clarity yet on the amount of funds that the agreement would mobilize. A report in the semi-official Tasnim news agency said the figure could be between $120 billion and $400 billion — the majority of it in Iran’s oil and gas sector.

Ali Ahmedi, a Tehran-based geopolitical analyst, told Anadolu Agency that the ties between the two countries were significant because of their “ability to undermine sanctions” and also because Iran holds a “key position in China’s plans for the future of Asia and Eurasia.”

“We have to see if these agreements will lift certain obstructions in Iran-China ties on a range of issues from infrastructure to commerce. We further have to see whether the political agreements here will translate into real action — as the 2016 agreements largely did not,” he said.

On anxiety surrounding the deal, Ahmedi said many Iranians had concerns that the country’s leverage in such deals was “undermined by the US sanctions regime” and clinching a “good deal” under these circumstances would be “difficult.”

In May 2018, US President Donald Trump unilaterally withdrew from the landmark 2015 nuclear deal that world powers struck with Tehran to curb its nuclear program in exchange for billions of dollars in relief from economic sanctions.

Trump has since embarked on a campaign to scuttle the agreement, including the re-imposition of sanctions on Iranian crude oil that were lifted as part of the agreement.

August 14, 2020
SRINAGAR, Jammu and Kashmir / ANKARA, Turkey In recognition of his lifelong struggle for Kashmiris, Pakistan on its 74th Independence Day on Friday, awarded veteran...

Turks in Greece still being denied their rights

August 14, 2020
ANKARA For decades, the Turkish minority in Greece has faced government-imposed hurdles to exercising its fundamental rights on education, religious affairs, and the recognition of...