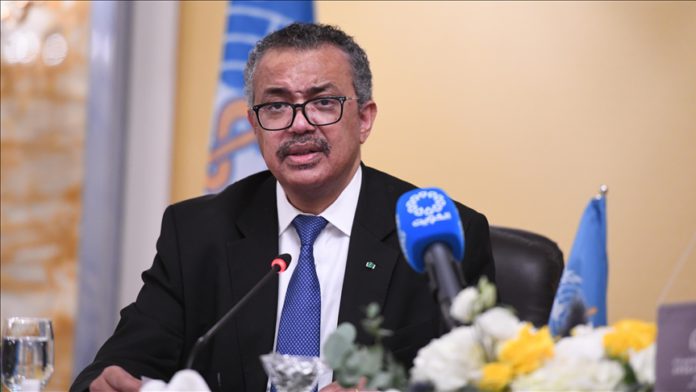 Tedros Adhanom Ghebreyesus is set for a second term as head of the World Health Organization after the global health body’s executive board nominated him on Tuesday as the sole candidate for a procedural leadership vote in May.

Tedros thanked the board for its support over the past five years and laid out the challenges ahead as the world grapples with the COVID-19 pandemic.

“Of course, the last two years have been difficult. The whole world is sick and tired. They want to have the pandemic behind them. Families want to get together again, children would like to go back to school without any fear,” he said.

“But we are still challenged by omicron,” he said, but stressed that the world has the tools to fight the virus.

“I believe that in 2022, the acute phase of the pandemic will be over because all of us are sick and tired.”

Tedros’ nomination was finalized a day after he came under fire from Zenebe Kebede Korcho, Ethiopia’s ambassador to the UN in Geneva.

Zenebe tried to make a speech accusing Tedros, who is of Tigrayan descent and previously served as the foreign and health minister of Ethiopia, of acting “at the expense of the interests of Ethiopia.”

Tedros was previously criticized by Ethiopian authorities for his views on the government’s blockade on health aid for Tigray during the recent conflict in the northern Ethiopian region.

Zenebe was halted by WHO Executive Board chair Patrick Amoth on a procedural ruling.

“Further discussion of the matter is not germane and is therefore out of order under the relevant rules of procedure,” said Amoth, who is from Kenya, one of the 28 countries that have nominated Tedros for a second term at the helm of the WHO.