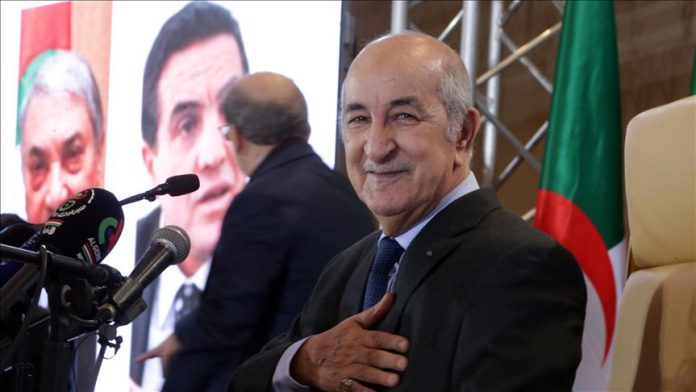 The presidential ceremony was held at the International Conferences Center where Kamal Fneish, head of the Constitutional Council, announced official results and declared Tebboune’s victory to rule the country for next five years.

In his speech, Tebboune said that “the popular movement [protests] has stopped the collapse of the state and its institutions.”