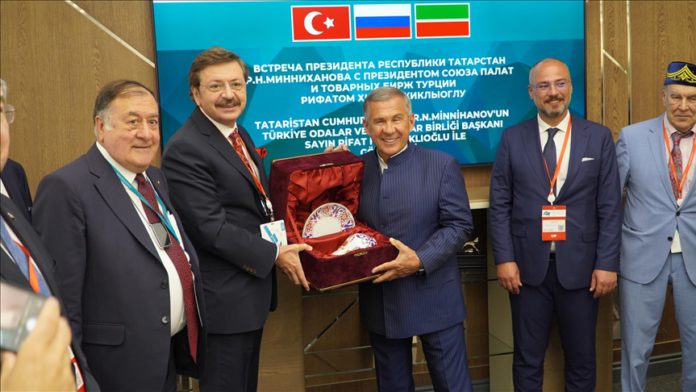 The Russian Republic of Tatarstan will serve as a bridge for Turkey to boost its economic ties with Russia, the head of Turkey’s Union of Chambers and Commodity Exchanges (TOBB) said on Wednesday.

Minnikhanov also highlighted that strong historical ties between the two republics are reflected in bilateral economic and trade ties.

The Kazan Summit 2021, called by organizers one of the leading international economic events of the Russian Federation and the countries of the Organization of Islamic Cooperation (OIC), lasts through Friday.​​​​​​​

Russia in favor of cooperation with Europe: Putin