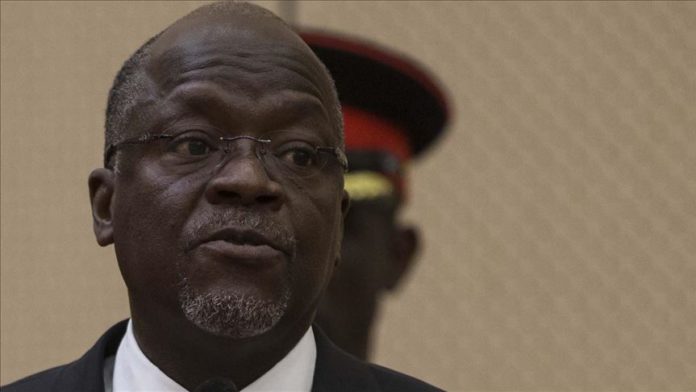 Tanzanian President John Magufuli won a resounding election victory with 84% of the votes amid allegations of irregularities by the opposition.

The main opposition leader, Tundu Lissu won only 13% of the vote.

“The commission declares John Magufuli of CCM (Chama Cha Mapinduzi) who garnered the majority of votes as the winner in the presidential seat…” said Semistocles Kaijage, chairman of the National Electoral Commission.

Voter turnout was 50.7% from more than 29 million voters with over 260,000 votes declared invalid, the commission said.

No final results were given for the parliamentary results.

In 2015, Magufuli also known as the bulldozer clinched 58% of the vote.

The victory in Wednesday’s vote will further cement the power of a party that has been in power since independence in 1961 but stands accused of a slide into autocracy under Magufuli.

Lissu, who returned to Tanzania in July after a three-year self exile in Belgium where he was recovering from 16 bullet wounds sustained in an assassination attempt, has denounced the results as “illegitimate”.

The opposition has called for a peaceful protest on Monday against the results.

“Whatever happened… was not an election, and thus we do not recognise it. We do not accept the result,” Lissu told reporters, saying opposition election monitors had been barred from entering polling stations and faced other interference.

The result of presidential elections cannot be contested in Tanzania, though the parliamentary outcome can be challenged.

Lissu’s return brought a new lease of life into an opposition plagued by years of attacks, arrests and a ban on political rallies.