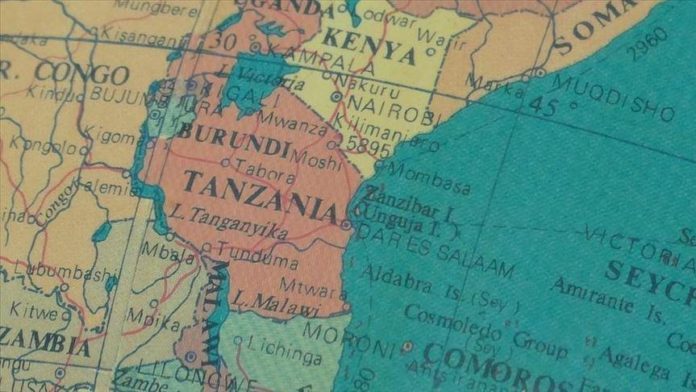 Constructed in 1883, the historical building in Stone Town attracted tourists from around the world.

Listed as a World Heritage site since 2000, the monument was undergoing restoration at a cost of 10 billion shillings ($4.3 million), funded by Oman’s government, local daily The Citizen reported.

Four people were rescued from the debris Friday evening and taken to the hospital after the building collapsed, according to the report.

“The accident is a huge loss to tourism in the Isles because over 80% of tourists coming to Zanzibar were attracted by the House of Wonders in the Stone Town,” The Citizen quoted Tourism and Antiquities Minister Lela Mohamed Mussa as commenting on the incident.

An initial investigation found alleged incompetence on the part of the contractor in charge of the 19th-century structure’s restoration. “The project will continue to re-construct a similar building because sketches and drawings are available,” Mussa was quoted as saying.

Stressing the importance of the building, she went on to say: “It is a huge blow. That is why the whole top government leaders were at the scene shortly after the accident.”

In a statement, the Zanzibar Tourism Ministry said the building was at the heart of tourism activities in the semi-autonomous archipelago.

Meanwhile, the Director of the UNESCO World Heritage Center, Mechtild Rossler said they were in contact with the Stone Town Conservation and Development Authority which is currently carrying out rescue operations and will soon be starting a preliminary assessment of the damage caused by the collapse.

In a statement, she added: “We have confidence that the authorities will carry out the necessary emergency actions and assessments to understand the causes of this damage and propose solutions for the safeguarding of this monument which is an essential component contributing to the Outstanding Universal Value of the site. UNESCO stands ready to support the ongoing efforts and we are with the United Republic of Tanzania in facing this disaster.”

The House of Wonders is one of six palaces built by Barghash bin Said, the second Sultan of Zanzibar, in 1883 and is located on the site of the 17th-century palace of Zanzibari queen Fatuma. It also houses the Museum of History and Culture of Zanzibar and the Swahili Coast.