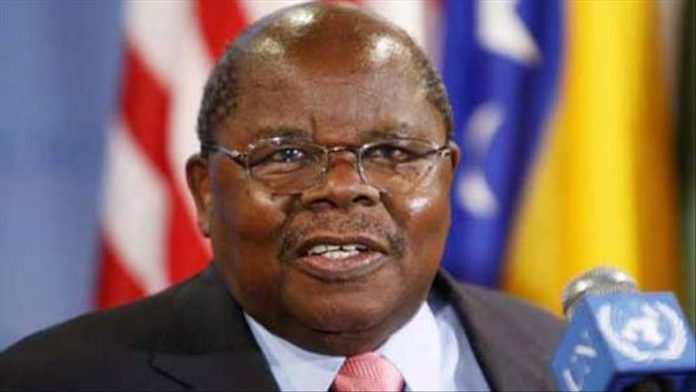 Former Tanzanian President Benjamin William Mkapa died in the early hours of Friday at the age of 81, the country’s president announced.

“It is with great sadness we have lost Mzee (oldman) Benjamin William Mkapa, the former president who died at the hospital in Dar es Salaam where he was admitted. I call upon Tanzanians to receive sad news of his death and to pray for Mzee mkapa who is gone forever,” said President John Magufuli.

Magufuli has declared seven days of mourning, during which the national flag will be hoisted at half-mast countrywide.

The president called on all Tanzanians to remain calm, patient and united during this trying time, Gerson Msigwa, the presidential spokesperson, said in a statement.

Mkapa had taken the reign at the time when the east African country was wobbling in severe economic doldrums, characterized by spiraling inflation, and managed to institute strict austerity to give the ailing economy a new lease of life.

Born in 1938 in an impoverished Masasi district in Mtwara region, south of Tanzania, Mkapa was educated at Makerere University in Uganda where he obtained a degree in English, Economics and History in 1962.

He subsequently joined Columbia University in the US for his post graduate studies in 1963 where he obtained his master’s degree in International Relations.

Before becoming the president, Mkapa served at different capacities, as a journalist, administrative officer, as minister for science, technology and higher education.

In 1995, Mkapa was elected president based on a popular anti-corruption campaign and the strong support of the founding President Julius Nyerere.

In a Twitter post, Magufuli described Mkapa as a true patriot, a hard-working leader who built a strong economy, and said the nation has lost a strong pillar.

Earlier this year, Mkapa published his 320-page autobiography – My Life, My Purpose. He traced his defining years as a young boy at Lupaso village in the then southern Tanganyika with his parents.

Mkapa also candidly wrote about the ordeal he endured in the wake of the shooting to death of protesters in the post-election period of 2001.

Raila Odinga, the former Kenyan Prime Minister and the leader of ODM opposition party, described Mkapa as a great friend of the people of Kenya, a pan-Africanist, a true believer in –South-South cooperation and a global statesman.

January 21, 2022
We use cookies to ensure that we give you the best experience on our website. If you continue to use this site we will assume that you are happy with it.Ok