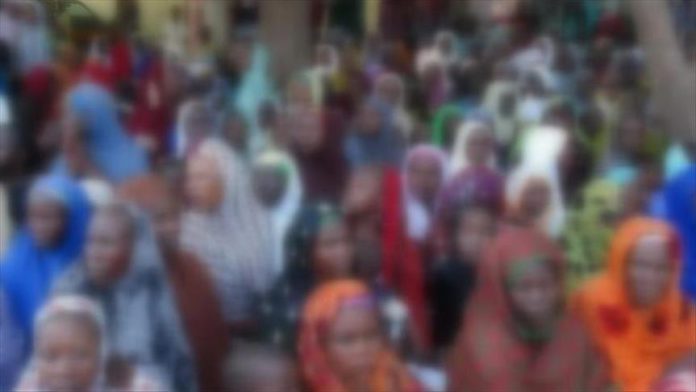 As rain drizzles, Teddy Meshack,18, is lazily lying on a mat in a shack in Tanzania’s Mbarika village, breastfeeding her baby. She is trying to protect the baby from cold, as the leaky roof gives way to rainwater, which is filling the floor.

Two years ago, Meshack was expelled from school, after she became pregnant. She was also forcibly married to a man 35 years older than her.

“I got pregnant by accident. But my father saw that as an excuse to marry me off,” she said.

Once a bright student at Mbwela secondary school, Meshack was dreaming to become a doctor. She is distraught but hopes to return to school when her baby is old enough.

While adolescent pregnancy is a worldwide problem, in Tanzania an increasing number of girls are becoming mothers by the age of 18, ending prospects of their education.

According to experts under the prevailing traditional customs in Tanzania, girls are viewed as a source of wealth. Their fathers expect to receive cattle in exchange for arranging daughters’ marriage.

Meshack, who now lives with her aunt at Mbarika village of Misungwi district in Tanzania’s northern Mwanza region, had escaped from a secretly-arranged marriage barely months after she was taken by a man who impregnated her.

As the only daughter in the impoverished family of six, Meshack’s father had considered her as a valuable asset for the family.

But all the dreams were crushed when the school expelled her after discovering her pregnancy. As punishment, her father married her off to the man who had impregnated her.

“My mother was opposed to the idea of early marriage, but she could not prevent it,” said Meshack.

To her, the incident was a stunning blow that destroyed her future.

“I wouldn’t say that I didn’t know the consequences of getting pregnant. As I said it was an accident,” she said.

Meshack, who had become pregnant at the age of 16 highlights the plight of many girls in Tanzania whose dreams are crushed due to pregnancy and child marriages.

The East African country has one of the highest adolescent pregnancy and birth rates in the world. As many as 21% of young girls aged from 15-19 give birth, according to a survey conducted by the Tanzania Bureau of Statistics (TBS) in 2016.

While sex with underage girls has been criminalized, poor parents often clandestinely marry off their underage daughters for money.

Early marriage denies girls their right to education and expose them to sexual violence and the risk of childbirth complications, campaigners said.

While the Tanzania government has made huge progress to enroll children in schools offering free education, many girls hardly complete their education due to unwanted pregnancy and then forcible marriages. The government is also implementing a harsh policy that empowers schools to expel girls, who are either married or get pregnant during studies. They are also denied the chance to return to school.

Soon after the outbreak of the pandemic, campaigners say they have detected a surge in child marriages, teenage pregnancies, and cases related to female genital mutilations.

At Mwawile village in Misungwi district, 14-year-old Medina was about to be secretly married off to a 40-year-old man so that her father could pocket 100,000 Tanzanian shillings ($44) and also earn nine cattle as dowry.

“I was told to abandon classes to get married. I couldn’t refuse because it was the order from my father,” Madina told Anadolu Agency in an interview arranged by girls’ right campaigners.

Local authorities, who foiled the illegal marriage, were tipped off by a nurse at a local dispensary when the couple showed up for a medical check-up.

Medina’s father, a struggling peasant farmer who was desperate to get wealthy, and his accomplices were arrested and will be charged for abetting a suspected rapist.

Campaigners attribute the rising wave of child marriages to deeply rooted traditional customs and lack of a legal mechanism to deter parents from conducting such marriages.

“Girls who are subjected to child marriages are commonly excluded from having a choice in who their husband is or when their marriage will take place,” he told Anadolu Agency in an email.

According to him, child brides often face violent sexual relations before they are emotionally or physically ready for sex and childbirth.

“We call on the Tanzania government to hold perpetrators to account and state authority should treat child marriage as a serious human rights violation,” Murunga stressed.

According to him, the rescue mission for a child bride in Tanzania has been curtailed by the impact of COVID-19 and 2020 elections. He added that the problem is further entangled by the culture of silence which makes it increasingly hard to detect child marriages.

“Schools provide a protective environment where students can report violations or concerns. This safety structure was suspended when schools were closed and some girls found themselves stuck at home with abusive family members,” he said.

Equality Now is partnering with several groups in Tanzania that are conducting grassroots advocacy and building an understanding and capacity of law enforcement agents so they appreciate child marriage is a human rights violation that should be banned.

*Identity of the underage girl Medina is concealed for ethical reasons.