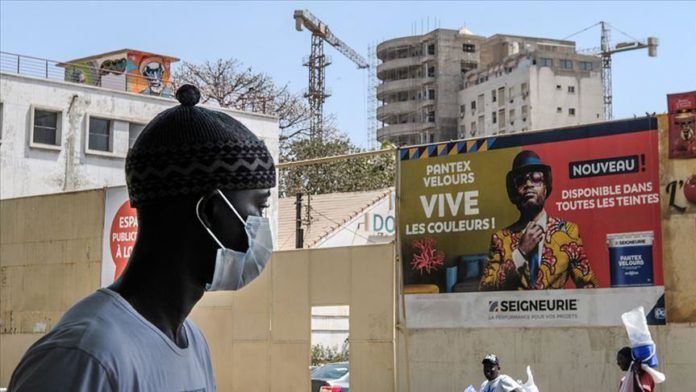 Children across the East African country of Tanzania headed to schools on Monday, after three months of closure due to the outbreak of the COVID-19 pandemic.

The move makes the country, the first in East Africa to allow students to return to schools. Tanzania had earlier reopened universities and other higher learning institutions.

Children wearing neat uniforms and face masks were seen jostling to get into public transport in the country’s commercial capital and the port city of Dar es Salaam.

“I am very happy to go back to school, the facial mask I am wearing will protect me the whole day,” said Juma Maulid, a grade seven student at Ununio Primary School.

According to the US-based Johns Hopkins Coronavirus Resource Centre, Tanzania has reported 509 COVID-19 cases with 21 deaths. While 183 people have recovered, the country has 305 active cases.

President John Magufuli ordered reopening of schools across the country, a fortnight ago, claiming that the situation has improved.

He said the coronavirus pandemic is rapidly waning in the country, adding that there is no need for the schools to remain closed. He, however, asked citizens to take the necessary precautions.

The elections are scheduled in the country in October after the president dissolved the parliament two weeks ago.

According to Tanzania’s Prime Minister Kassie Majolica there were 66 COVID-19 patients hospitalized in 10 regions across the country three weeks ago.

-President blames Chinese kits for the surge in cases

Known as the bulldozer for his propensity to get things done, Magufuli declared victory over the coronavirus pandemic saying, “God” has heard the people’s prayers.

“I want to thank Tanzanians of all faiths. We have been praying, fasting, and asking God to save us from the pandemic that has affected our country and the world. God has answered us,” he told a packed church congregation recently.

The World Health Organization (WHO), strongly criticized Tanzania on its handling of the deadly pandemic.

The government decided not to enforce lockdown especially in the city of Dar es Salaam on the ground not to hit the economy has drawn widespread criticism. The city was becoming an epicenter pandemic. Critics said that for the sake of economy, the government has ignored health and right to life of the public.

The US embassy in the country repeatedly issued health alerts, warning its citizen to exercise great care in Dar es Salaam, to avoid contracting the disease.

Meanwhile, Tanzania’s Health Ministry has issued a strict guideline to help students to protect themselves from the COVID-19.

The Spokesperson Gerald Chama said the government has instructed schools to install hand-washing facilities and arrange running water. Also, educate school children about safety measures like wearing masks in school assembly and classrooms, said the statement released by the spokesperson.

The statement said except for students with underlying health problems, such as diabetes, sickle cell, asthma, all students should wear face masks most of the time.

President Magufuli, a devout catholic, recently praised worshipers and priests in a chapel, for not wearing facial masks during a Sunday service, stressing the health crisis was being exaggerated beyond proportions.

In a schedule issued for lessons and examinations by the Minister for Education Science and Technology Joyce Ndalichako, has ordered schools to cover the syllabus within a set time frame.

She has also asked schools to add two additional hours to bridge the time lost by children during the lockdown period.

While some private schools embarked on virtual learning and online classes, the majority of students in public schools did not have the opportunity to learn during the long holiday.

The government moves to open schools that have been received with mixed feelings among parents and teachers.

“I am very happy we are back to work, the students were very much affected psychologically for missing classes,” said Iren Simtanda, a teacher in Dar es Salaam.

There were, however, others who said the decision of reopening schools was premature in the wake of the continuous threat of a pandemic.

“I don’t think it was appropriate to decide to send children back to school, while we know clearly there’s still a high threat of people being infected.

“In my opinion the decision is political and could have dire consequences since the COVID-19 guidelines recommend by the World Health Organization had not been strictly followed, and no tests are done,” said Japhet Masunga, a parent in Dar es Salaam.