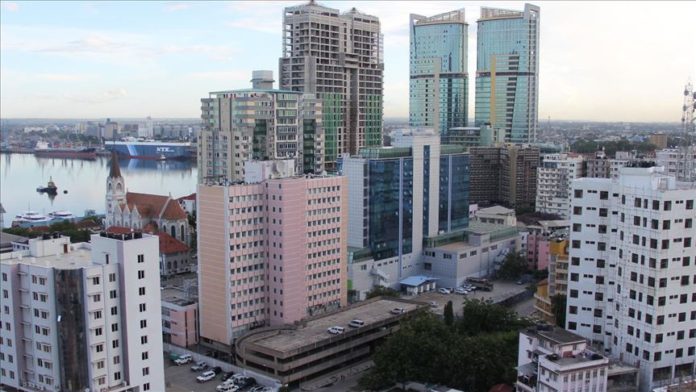 The skyscrapers, shopping malls, cafes, and slender bridges may be changing the face of the port city of Dar es Salaam – the commercial capital of East African country Tanzania – its original inhabitants are edged out from their neighborhoods.

“Many tenants were living in rundown buildings. They were quite happy because they paid low rent. But when developers erected new structures with better amenities, these neighborhoods have become unaffordable for poor,” said Shabir Khan a resident of Kisutu locality.

According to Khan unscrupulous landlords are often using illegal means to displace poor people after the area is developed.

While urban researchers agree that constructing more houses in prime city locations was an effective way to address shortage and decrease prices of real estate, but redevelopment plans in the African city have proved reverse. It has made these areas unaffordable for lower-income group residents.

“When the landscape of a refurbished area changes, the benefits are usually unequally distributed between various classes of people in the area. In most cases poor people suffer,” said Alpha Mangula, an urban planner at the Housing Ministry.

Two opulent towers at Sokoine Drive, have become symbols of the changing face of the major Tanzanian city. They contain a maze of residential apartments, with carefully designed living space that offers unparalleled panorama. But it also highlights a wide cultural and economic disparity among city dwellers.

Speaking to Anadolu Agency, Clara Michael, who grew up at the Kariakoo area before her family home was bought up by a developer, said they have been forced to move to pave way for the rich.

“All my memories are being wiped off. Everywhere I go I see skyscrapers. My old friends have all been forced to move to who knows where. This is not the Kariakoo I knew,” she said.

Those who preferred to stay behind, they have to pay astronomical rents in the redeveloped areas. As per new contractual agreements, they will now have to shell out a huge sum annually or biannually, instead of paying monthly rent.

On the eighth floor of Diamond Towers, one of the tallest buildings in Dar es Salaam a tour company is preparing to set up its new office. On the ground floor of this eight-story building, KFC and Subway — US restaurant chains are already operating.

This is one of the recently completed commercial projects, where poor neighborhoods have given away to posh buildings.

According to an official statistic, the demand for housing in Tanzania is rising by about 200,000 units a year with the current housing deficit estimated at 3 million units.

“There is a huge increase in the purchase of apartments in Dar es Salaam. People are spending as much as $250,000 to buy a three-bedroom apartment and then rent it out,” said Maulid Kheri, managing director of JR Real Estate Company.

The shanty and noisy localities like Mikocheni, Kijitonyama, and Upanga, have given way to the quieter neighborhood, with luxury apartments attracting an entirely different class of people, educated and those employed in higher-paying sectors.

Previously, affluent residents avoided these areas out of fear of crime and lack of basic amenities.

For the affluent class, restaurants and nightlife coming up in these areas are added attractions to get lured to invest in real estate.

The redevelopment of many city areas is driving low-income group people to shanty Tandale locality housing flimsily built shacks, near sewage. Because this appears the only place, where they afford to pay rent then their original neighborhoods.

African continent suffers $190B in losses due to COVID-19: AfDB