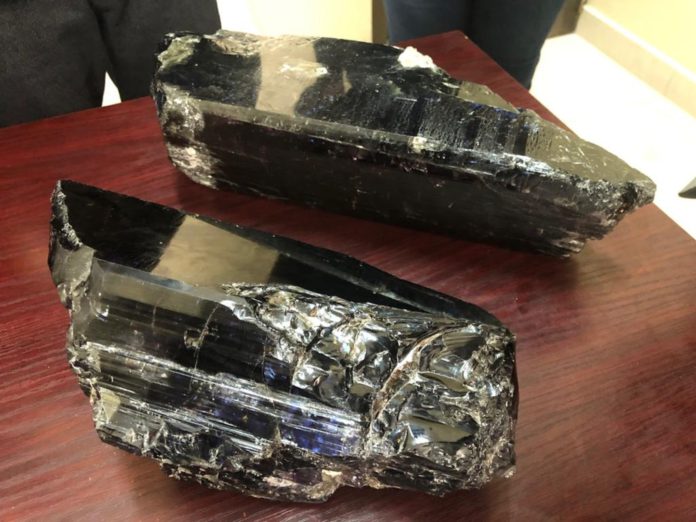 On a searing Sunday morning last month, Saniniu Laizer, 52, got a call from his son, who was supervising laborers at a mining pit, telling him that the team has discovered gemstones weighing 9.27 and 5.1 kilograms (20.4 and 11.2 pounds) each.

Laizer a former Maasai herdsman believed that it was sheer luck that his team stumbled upon such precious stones worth 7.7 billion Tanzanian shillings ($3.40 million).

“It was a pleasant surprise. I sold these stones to the government. I knew it would be extremely dangerous to keep the precious stones,” he told Anadolu Agency on the telephone.

Laizer had employed miners to slice earth’s crest at Mererani hills in the Simanjiro district of Tanzania’s northern Manyara region.

Tanzanite, one of the world’s most sought-after gemstones, a thousand times rarer than diamond, was first discovered at Mererani hills by a Meru herdsman, Jumanne Ngoma in 1967.

The allure of deep blue stones, which rival sapphire in their intensity, is so great that hundreds of young and old miners, risk their lives to extract crystals from the rock face.

Perched on rugged terrain, the dusty Mererani township is dotted with make-shift shacks, housing laborers, who work in mines day and night.

The two violet-blue sparkling gemstones, each about 30cms long and 10cms thick, were discovered in a mine 2 kilometers below the ground.

According to Laizer, geologists had advised his team to crush rocks about 1 kilometer below the ground to find the rare stones.

“I always seek advice from mining experts. They told me at that level, we would certainly get the minerals to compensate the money I have invested so far,” he said.

Tanzanite, known for its dazzling violet-blue hues, is only found in Tanzania.

Last year, Tanzania set up a trading center that allows artisanal miners to sell their stones to the government.

In 2017, President John Magufuli ordered the military to build a 24-kilometer-long perimeter wall around the Mererani mineral site to prevent smuggling of precious gemstones.

Tanzania has approximately lost 188 trillion shilling ($81 billion) worth rare stones between 1998 and 2017 due to Tanzanite smuggling, officials at the Mining Ministry said.

After being awarded a check during a ceremony attended by Tanzania’s top government officials last week, Laizer who barely reads and writes said he would spend the funds on his community.

Mafuguli has ordered that the huge rare stones be handed over to the museum in the port city of Dar es Salaam.

With hefty money now in his pocket, the Maasai investor plans to use some of the proceeds to build a school, health center, and a shopping mall in his home town.

“I want to help my community by bringing important social services such as school and hospital closer to the people,” he said.

Laizer, who has four wives and 32 children, said he wants to help poor children in his home village to get an education.

“I did not go to school, but I know the value of education and always seek advice from people who have gone to school,” he said.

Laizer said he would distribute about 10% of proceeds to his employees.

Sold crops and cattle to buy mine

According to him, the fortune would not change his modest lifestyle, adding that he would still be looking after his cattle.

He said that since he joined the mining business in 2000, he had sold his crops and more than 600 cattle to buy the mining block. “In the beginning, I did not see any benefits, until I engaged geologists. They started guiding me, and I would like to listen to a learned person,” said Laizer.

Born in 1967 in a polygamous family in Simanjiro district in Manyara region, Laizer grew up as a herd boy. He would brandish a spear, a club, and a wooden stick while watching over a herd of cattle grazing on dew-laden grass.

He ventured into the mining business following many young people, who thought to cut the earth was more lucrative than rearing cattle. But he hardly earned enough to meet both ends.

“I realized that life is not a bed of roses. But I kept trusting God and my luck,” said Laizer who now thinks that selling his 600 cattle to pay for the mine was worth a risk.

Confidence-building measures to be discussed on Syria