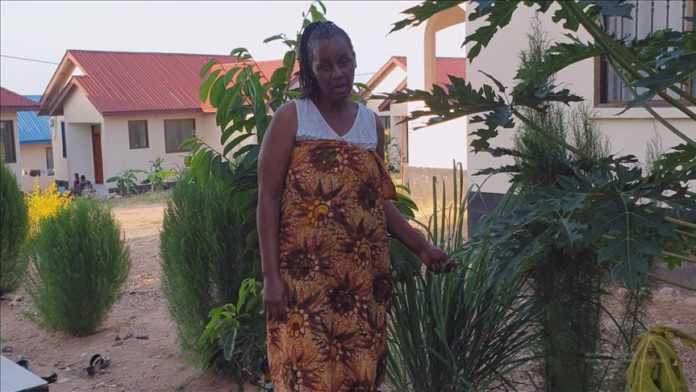 As hot steam mistily wafts from a pan, Tumaini Lucas briskly stirs a mix of herbs with a pointed cooking stick.

Soon she creates a tent above her head using a wet towel to let a torrent of vapors bounce on her face.

The 41-year-old entrepreneur, who lives in the Mabwepande area on the outskirts of Dar es Salaam, is one of many in the bustling city who have embraced alternative remedies, including steam therapy, to fight infectious diseases such as the coronavirus.

“Steam therapy is the best way to flush off viral infections. It makes you feel good and fresh,” she said.

“My granny never went to the hospital when she got sick. She simply disappeared into the forest to pick some herbs, boil them and steam herself for half an hour to get the badly needed relief,” Lucas told Anadolu Agency.

As part of efforts to fight the spread of the coronavirus, the Tanzanian government has shunned conventional medicines and is instead touting the use of traditional remedies, including steam inhalation to fight respiratory infections.

The East African country recorded 509 coronavirus infections and 21 deaths last May when authorities halted its testing policy. The move came after President John Magufuli cast doubt on the efficacy of Chinese-made testing kits, which he claimed returned positive results on samples taken on a goat and pawpaw fruit.

Magufuli’s decision to stop testing, however, was widely criticized globally by public health experts, including the World Health Organization (WHO) and the African Centre for Infectious Diseases Control, which accused the president of promoting wild conspiracy theories with no scientific basis.

Steam therapy, which entails a concoction of herbs infused with ginger, lemon and neem, among other ingredients, is widely promoted and used in Tanzania as an alternative remedy to fight the highly contagious virus.

As nations worldwide bank on vaccines to fight the deadly virus that has killed more than 2 million people, Tanzania has shunned conventional medicines, and promoted traditional remedies, thus sparking debate about the effectiveness and safety of those remedies.

Magufuli, who is known for his hard-line pan-Africanist stance, provoked criticism when he branded foreign made vaccines “dangerous” while urging Tanzanians to use natural remedies, including steam inhalation.

He has largely eschewed mask-wearing and social distancing and claimed that God eliminated coronavirus in Tanzania, only to be accused by public health experts for contradicting global scientific consensus on best approaches to treat the virus.

But the move to shun conventional medicine has raised the hackles of local and international experts, who believe steam therapy may give a false sense of security to those who are likely to blindly follow instructions from their leaders.

“Steam inhalation has undoubtedly been used as a home remedy to treat common colds and upper respiratory tract infections. The assumption that it can treat coronavirus is flawed and simply ridiculous,” said Kitapondya Deus, a public health specialist based in Dar es Salaam.

He said steam inhalation should be only a home remedy and not be used conventionally in hospitals.

Richard Walker, professor of clinical epidemiology at the University of Newcastle in the UK concurs with Kitapondya’s assertions. “Herbal remedies pose many risks, the mixture can be toxic or contaminated, thus interact with prescription drugs,” he told Anadolu Agency.

Not everyone agrees. Lucas, who has developed a deep faith in the healing power of traditional herbs and their ability to dispel conditions such as wheezing and respiratory distress in the elderly, believes there must be a consensus on the use of conventional medicines and traditional herbs.

“I strongly believe in the power of traditional herbs. They shouldn’t be used sparingly, instead they must be adopted as an important part of a treatment plan, along with conventional medicines,” she said.

Neem, known colloquially as Mwarobaini in Swahili and lemongrass, or Mchaichai, is known for its antimicrobial and antiviral properties and can be the best treatment for the coronavirus, according to Lucas.

She said a steam bath infused with lemongrass has the potential to stimulate the circulatory system thus encourage blood flow into the brain to get rid of any headache.

“Lemongrass works so wonderfully to me, it soothes my throat, clears my nose and protects me against any virus,” she said.

To improve the flavor of herbs in the mix, Lucas squeezes lemons and chops fresh ginger while gently tossing them into a boiling pan.

Lemon and ginger have strong antiviral properties that can sweat out a fever and kill the coronavirus, said Lucas.

“I honestly don’t understand why everyone cast doubt on the effectiveness of traditional herbs in treating modern day diseases like coronavirus. We must trust our indigenous knowledge of things,” she said.