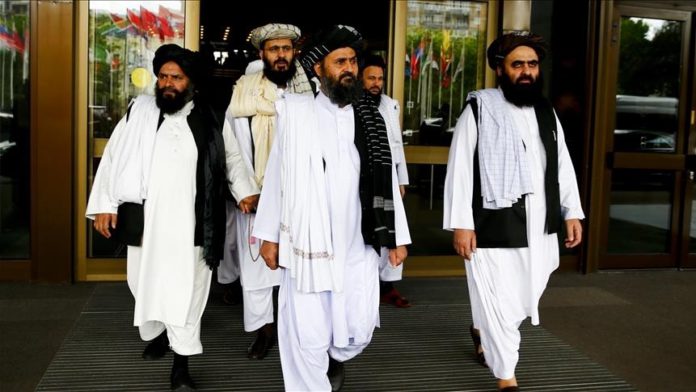 Amid the deteriorating humanitarian situation in Afghanistan, the Taliban delegation on Sunday started three-day talks with Afghan civil society representatives, the Norwegian authorities, and officials from international community in Oslo.

On the first day of the talks hosted by Norway, the Taliban delegation led by acting Foreign Minister Amir Khan Muttaqi held a closed-door meeting with Afghan civil society representatives.

Abdul Qahar Balkhi, spokesperson for the interim Afghan Foreign Ministry, confirmed on Twitter that the Taliban delegation met with a number of “Afghan personalities” in Norway’s capital Oslo.

“During the meeting, the participants listened patiently to each others’ opinions and exchanged views on the current situation in the country.

“They affirmed that Afghanistan is the shared home of all Afghans, and stressed that all Afghans need to work together for the political, economic and security prosperity of the country,” a joint statement read.

The participants agreed that “understanding and joint cooperation are the only solutions” to Afghanistan’s problems, the statement further said.

“All participants, with one voice, declared such meetings to be in the interest of the country,” it added.

The parties also thanked Norway for “providing such an opportunity”.

The statement did not mention who were the participants of the meeting.

Concerned about the “grave” humanitarian situation in Afghanistan, Norway said Friday that it will be hosting Taliban representatives for talks in Oslo on Jan. 23-25.

Foreign Minister Anniken Huitfeldt said Norway is “extremely concerned about the grave situation in Afghanistan, where millions of people are facing a full-blown humanitarian disaster.”

“In order to be able to help the civilian population in Afghanistan, it is essential that both the international community and Afghans from various parts of society engage in dialogue with the Taliban,” she added.

Taliban regained power in August 2021 amid the withdrawal of foreign forces and collapse of the US-backed government. The interim administration, however, has yet to gain international recognition.

While international funding remains largely suspended, billions of dollars of the country’s assets abroad, mostly in the US, are also frozen.

According to the UN humanitarian coordination office OCHA, half of the population now faces acute hunger, over 9 million people have been displaced, and millions of children are out of school.