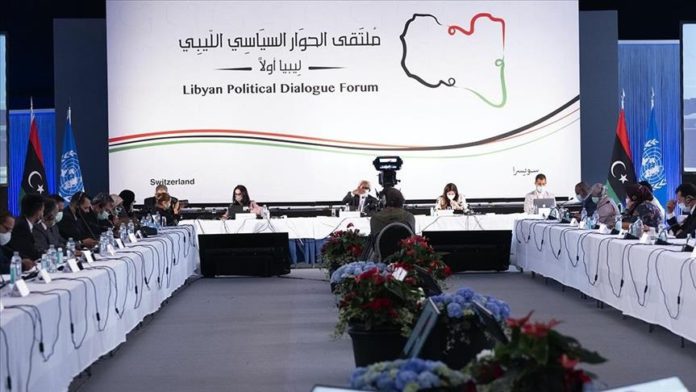 The Libyan Political Dialogue Forum (LPDF) failed on Friday to find common ground on a constitutional basis for parliamentary and presidential elections scheduled for Dec. 24.

Raisedon Zenenga, assistant secretary-general and mission coordinator for the UN Support Mission in Libya (UNSMIL), said the LPDF came to the meeting in Switzerland between June 28 and July 2 with a “clear agenda and a clear timeline” for the forum, which was expected to last four days but extended another day because of the failure to reach consensus and a reconciliation committee was established.

A Reconciliation Committee, established with 13 representatives selected from 75 forum members, did not succeed in reaching an agreement, said Zenenga.

“It is regrettable that, despite all the opportunities, there is still no common ground,” he said. “The people of Libya will certainly feel let down as they still aspire to the opportunity to exercise their democratic rights in presidential and parliamentary elections on 24 December. This does not bode well for the credibility and relevance of the LPDF.”

He said the key to breaking the deadlock is to return to the spirit of the roadmap and reach a compromise that secures the political and practical feasibility of national elections in December.

“As we conclude this session, I encourage you to continue to consult among yourselves to pursue a workable compromise and cement what unites you,” he said.

Noting that the group will continue to work to determine the constitutional basis for elections, he said: “Proposals that do not make the elections feasible and possible to hold elections on 24 December will not be entertained.”

The meetings began Monday, seeking to build constitutional safeguards acceptable to all sides ahead of presidential and parliamentary elections that aim to consolidate the peace process.

As part of the UN-led dialogue, meetings of the 5+5 Joint Military Committee were held 23 Oct., 2020, in Geneva. As a result of the meetings, a permanent cease-fire agreement was signed between the legitimate Libyan government and delegations affiliated with warlord Gen. Khalifa Haftar.

Within the scope of the political process that started after the cease-fire agreement, the Libyan Political Dialogue Forum decided in November that elections will be held in December 2021.