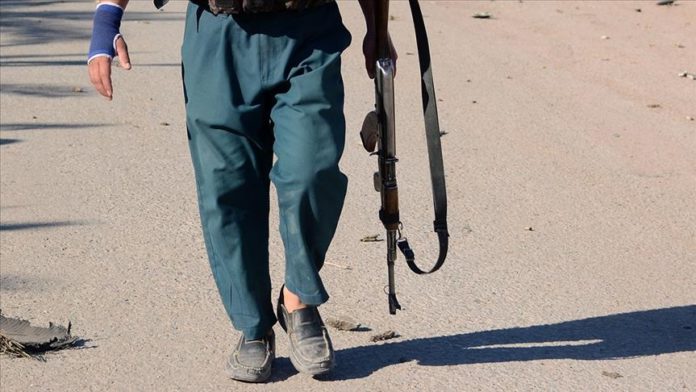 The Taliban in Afghanistan on Sunday claimed overrunning five more districts as the estimated number of localities under their control surpassed those under the government authority.

The advancing militants said in a series of statements that Yangi Qala, Chaal, and Hazar Samooch districts in the northern Takhar province, Chahar Bolak in Balkh, and the Kharwar district in Logar came under their control Saturday night.

Local authorities in these provinces confirmed the fall to the Taliban. But the Interior Ministry has been labeling these developments as “strategic retreat” by the security forces in a bid to save civilian casualties.

“147 #Taliban terrorists were killed and 104 others were wounded as a result of #ANDSF (Afghan National Defense and Security Forces) operations in Nangarhar, Laghman, Uruzgan, Kandahar, Farah, Balkh, Helmand and Kunduz provinces during the last 24 hours. Also, 11 IEDs were discovered & defused by #ANA (Afghan National Army),” tweeted the Defense Ministry as part of the daily war update.

On Saturday, Afghan President Mohammad Ashraf Ghani picked new ministers for defense and interior affairs, while the Taliban claimed to overrun seven more districts and the security forces announced killing 260 insurgents amid ensuing violence. “The Taliban must choose: do you want to be in the future based on a lasting and just peace based on a political solution with dignity or do you want enmity, to which this nation will give a strong response? No one should doubt this,” Ghani said on the occasion.

The latest observation by the Long War Journal suggested that out of 398 districts in Afghanistan, the Taliban now control 107 while the government controls 92 and some 199 remain contested between the two. According to the population, an overwhelming majority of Afghans, nearly 12 million live in government control areas, around 6 million in areas under the Taliban control while some 15 million in contested areas.

Since the announcement of an exit date of this September for American troops by US President Joe Biden, Afghanistan has been witnessing a spike in deadly Taliban assaults across the country that has led to mounting casualties on all sides.