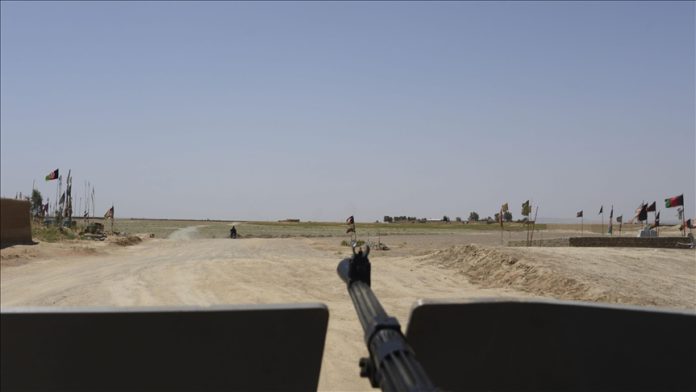 The Taliban’s control over key transit trade routes and crossing points has deprived the Afghan government of a significant amount of revenue, officials said.

According to officials, the Taliban have been dismantling the government’s tax collection systems at six key transit trade points with neighboring countries, resulting in up to 40% loss of state revenue.

Finance Ministry spokesman Rafiullah Tabeh told Anadolu Agency that until May, an estimated AFN 7.3 billion ($91 million) worth of revenue was generated through customs, but this figure dropped to AFN 4.6 billion ($57 million) in June.

For long, landlocked Afghanistan depended heavily upon neighboring Pakistan for international trade, but in the past few years it has increased trade via Iran and Central Asian countries. The six border crossings falling to Taliban are Islam Qala and Tor Ghundy in Herat, Abu Nasr Farahi in Farah, Ai Khanum in Takhar, Sher Khan in Kunduz and Dand-e-Pathan in Paktia provinces.

While the latest round of intra-Afghan negotiations in Qatar failed to deliver a breakthrough earlier this month, the Taliban have swiftly captured territory in recent weeks as the US and NATO soldiers leave Afghanistan.

In a recent interview, Taliban spokesman Suhail Shaheen, who is also a member of the group’s negotiating team, said there would not be peace in Afghanistan until there is a new negotiated government in Kabul and President Ashraf Ghani is removed.

‘Turkey key to Libya peace with efforts in field, diplomacy’