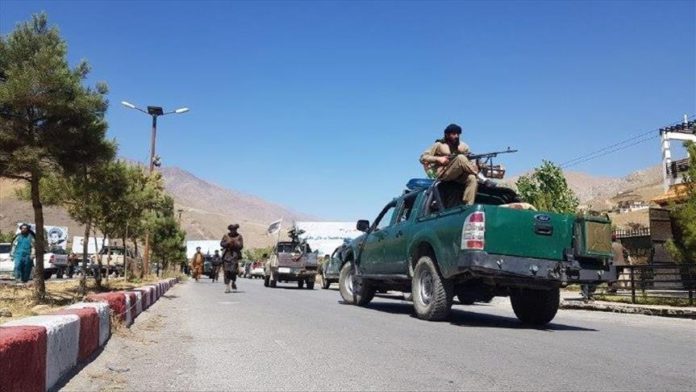 Taliban personnel will not be allowed to enter public parks with weapons, Afghanistan’s interim Taliban government announced on Wednesday.

Taliban members are “obliged to abide by all the rules and regulations of amusement parks,” said Zabihullah Mujahid, acting deputy information minister in the interim Taliban government.

He said Taliban personnel “are not allowed to enter amusement parks with weapons, military uniform and vehicles.”

At an event in the capital Kabul, Mujahid said the interim Taliban administration is working to revive Afghanistan’s Media Violation Investigation Commission “to prevent misunderstandings” between the media and the government.

He said the Taliban “support any healthy criticism but the media should refrain from spreading rumors.”

“We support the media because it conveys the voice of the nation to government officials,” he said.

In other significant decisions, Mujahid announced on Tuesday night that the Taliban have appointed two women as head of two hospitals in Kabul.​​​​​​​

Dr. Arian has been appointed as director of the Shahra Ara Teaching Hospital, while Malalai Rahim was named director of Malalai Maternity Hospital, Mujahid said on Twitter.

Over 1,300 historical artifacts seized in Turkey