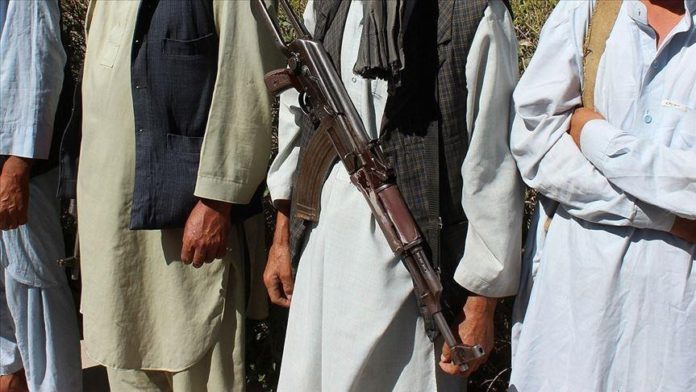 The Taliban on Friday reacted strongly to recent remarks by US President Joe Biden and an extension of a military presence by Germany in the war-ravaged country.

In a charged statement, the group warned of “death and destruction” in case of violations of the Doha deal with the US.

It categorically warned against not withdrawing all foreign troops from Afghanistan on May 1 in line with the agreement with the US signed in Qatar.

“In such a case, the Islamic Emirate [Taliban] – “as a representative of the believing, valiant and Mujahid Afghan nations” – will be compelled to defend its religion and homeland and continue its ‘Jihad’ and armed struggle against foreign forces to liberate its country. All responsibility for the prolongation of war, death and destruction will be on the shoulders of those who committed this violation,” according to a statement issued by the group’s spokesman Zabiullah Mujahed.

It comes as Germany agreed to extend its Afghanistan mission into 2022, pending approval by parliament. Under the draft agreed to by Chancellor Angela Merkel’s Cabinet, German troops would stay until January 31, 2022.

Germany has the second-largest contingent after the US in NATO’s Resolute Support mission in Afghanistan, with more than 1,100 troops in northern Afghanistan.

The Afghan government welcomed the development.
“Thank you, Germany @Bundestag for voting to stand with #Afghanistan & continuing to support,” Afghanistan’s Ambassador to Germany Yama Yari tweeted.

The spokesman for the National Security Council, Rehmatullah Andar, said the Doha deal only served as a truce between the US and Taliban while Afghans continue to be attacked and killed.

During his maiden news conference as US president, Joe Biden said the remaining 2,500 US troops could still be in Afghanistan after May 1.
“It’s going to be hard to meet the May 1 deadline,” said Biden. Citing “tactical reasons,” he said: “The question is how and under what circumstances do we meet that agreement that was made by President [Donald] Trump to leave under a deal that looks like it’s not able to be worked out, to begin with.”

There has been a growing buzz in Afghanistan about the push for an interim government with the Taliban’s participation.

But a section of the Afghan media reported last week that in contrast to an interim government, President Ashraf Ghani was likely to float the idea of early elections at a forthcoming Istanbul peace conference.
It said, as per the proposed peace plan, a six-month truce would be called ahead of polls for the top seat.

Earlier this month, Russia, the US, China and Pakistan — the expanded troika on the Afghan settlement – urged the Taliban to abandon plans for a spring offensive following a Moscow meeting on Afghanistan on Thursday.

Pressing the warring factions in Afghanistan to reach a negotiated political settlement, the Moscow conference endorsed UN Security Council resolution 2513 that opposed the restoration of the “Islamic Emirate” (Taliban regime) in Afghanistan.

That was ahead of another key international peace conference in Turkey.

The Turkish foreign ministry expressed readiness to host the conference in April in a bid to help with the peaceful settlement of the conflict in Afghanistan.

Biden says he expects to run again in 2024