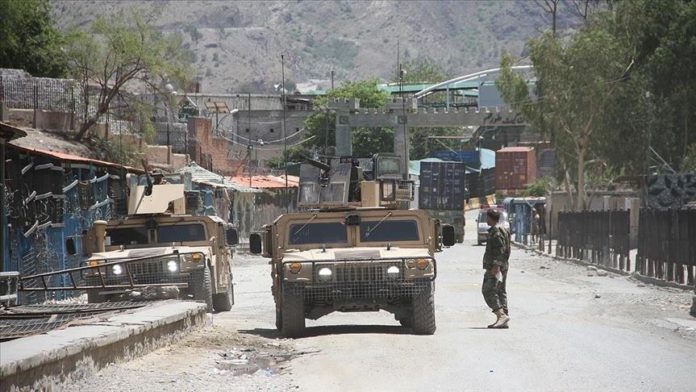 The Taliban announced on Sunday that it would remain on the outskirts of Afghanistan’s capital Kabul amid talks with the government to transfer power, while it claimed that the city’s eastern district had fallen to the insurgents.

After the back-to-back crumbling of a number of key provincial capitals in a single day, the Taliban rallied its forces around all four corners of Kabul early on Sunday, igniting anxiety and panic in the country’s biggest city housing some six million inhabitants.

“Since the country’s capital is a very large city and densely populated, the Mujahedeen of the Islamic Emirate (Taliban) do not intend to enter by force,” the group’s spokesman Zabiullah Mujahed said in a statement.

The group also vowed to form an “inclusive government” that represented the entire country.

“We want the future ‘Islamic Government’ in which all Afghans from various walks of life would see themselves represented, and is acceptable and in service to all,” it added.

Halting its forces outside the city, the Taliban had said that until the completion of a transitional process, the security of Kabul would belong to the Afghan government.

It added that no retaliation would be sought against civilians or members of the military who served the Kabul administration.